NOTE: This lineup has not been confirmed by Lollapalooza's website as of yet.

As per a leaked image of the full line-up, we've got an idea of the EDM side of the 2013 Lollapalooza line-up. Here's what you can see if you hit the event:

And we have a feeling this is just a small sampling! Lollapalooza is going down August 2-4 at Grant Park in Chicago; word is the official announcement is to be made in a week. We'll keep you posted on any additions to the line-up.

UPDATE This Lollapalooza line-up has been confirmed via their website. 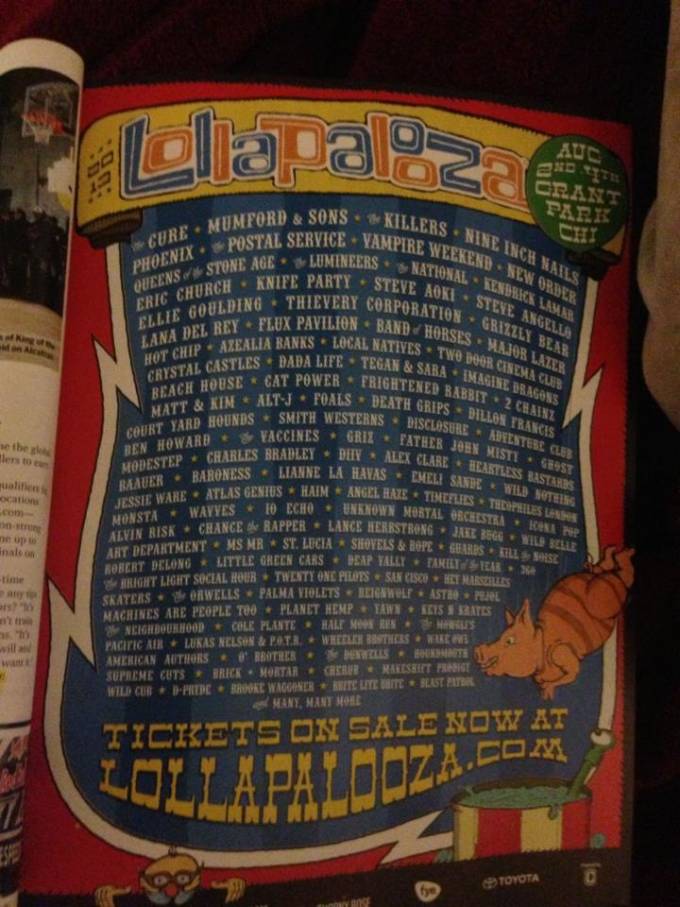 Related: Lollapalooza Has Announced Their 2014 Lineup