For individuals plagued with the realization that they’ll be spending Thanksgiving, a time when families come together to stuff their faces until their pants get too tight, entirely alone—relief is on the horizon. A Michigan restaurant owner, who moved to the United Sates from Greece at the age of 23, has promised free meals for those lonely people.

George made the announcement with a sign placed on the window of his eatery, which is called Senate Coney Island. "It makes my heart feel good to do it, and help a little bit," he told WILX10, according to Mashable. Before making the long trek to North America, he left home at 12 years old and moved to Athens. He was homeless for a time and had to rely on others for food. Now, it looks like he’s returning the favor. Kudos. 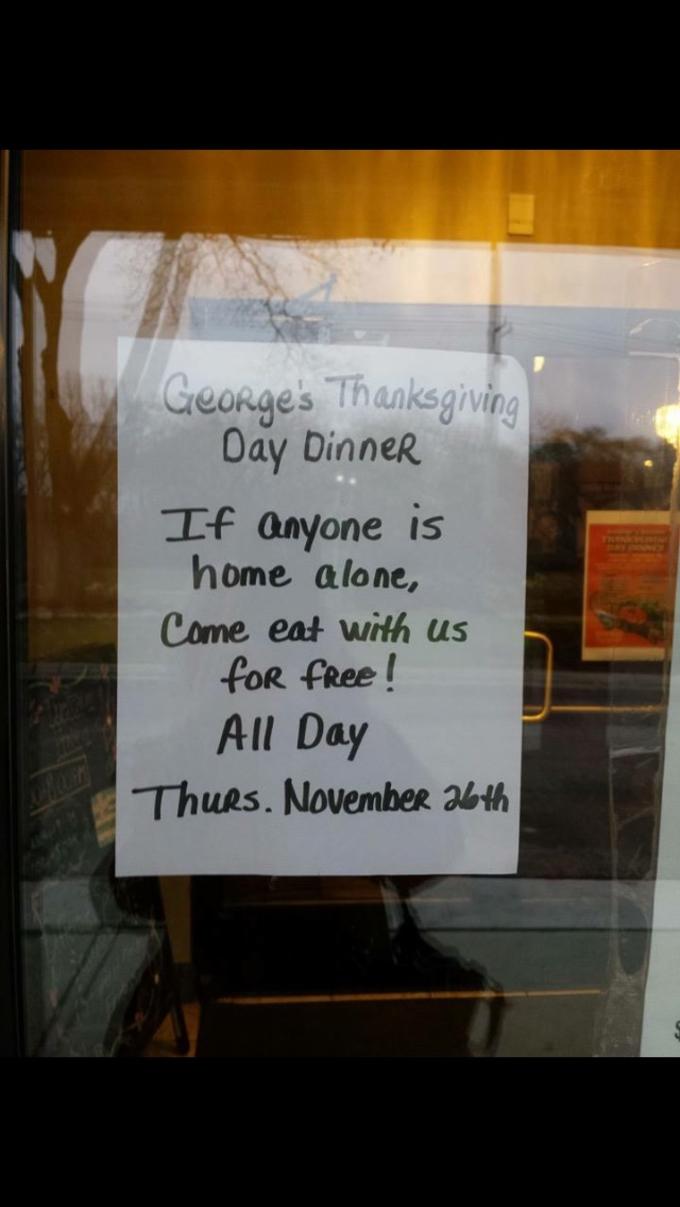