Instead of unfairly blaming him for the increasingly preposterous delay of Rihanna's long overdue R8, perhaps everyone should simply be happy for Travi$ Scott. If recently obtained footage from the esteemed literary journalists over at TMZ is any indication, the magic of New York Fashion Week has inspired the rumored couple to be a bit more open to the idea of (semi)public displays of affection.

The footage was reportedly taken during a NYFW event on Friday and purports to show La Flame and Rihanna acting very much like a couple, though both have avoided broaching the subject on social media aside from Rihanna's ecstatic purchase of Rodeo: 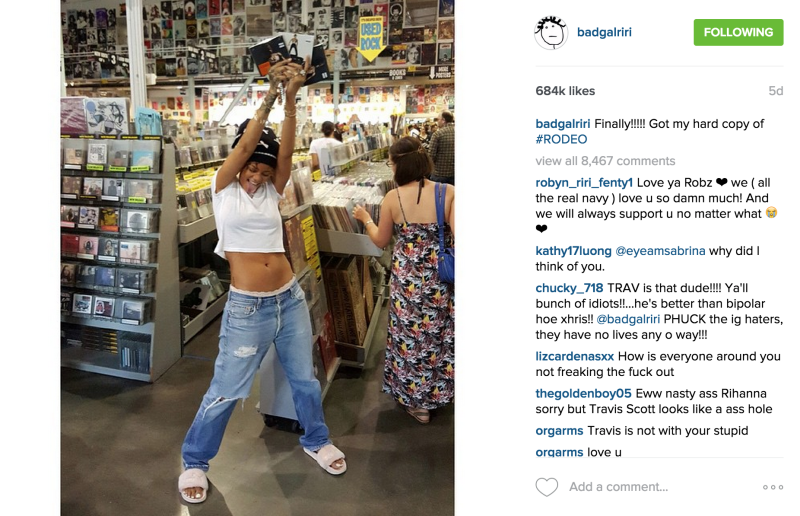 Rihanna's three physical copies eventually helped Travi$ score a No. 3 debut, with something called a Five Finger Death Punch standing in the way of directly competing with The Weeknd's Beauty Behind the Madness. For continuity, those lucky enough to have purchased a Travi$ Scott action figure should now demand the release of a comparable Rihanna action figure to complete the set.

Upon discovery of the purported NYFW makeout footage, the internet immediately shared its conflicting emotions on the possible coupling: