The official lineup for the 2015 Coachella Valley Music and Arts Festival has been released, with Drake, AC/DC, and Jack White set to headline the two-weekend event in Indio, Calif. Other artists scheduled to perform include The Weeknd, Azealia Banks, Tyler, The Creator, Run the Jewels, and Ghostface Killah. Last year, headliners for Coachella were OutKast, Arcade Fire, and Muse.

Tickets for Coachella go on sale tomorrow (Jan. 7) and will be available here. Check out the full lineup in the flyer below: 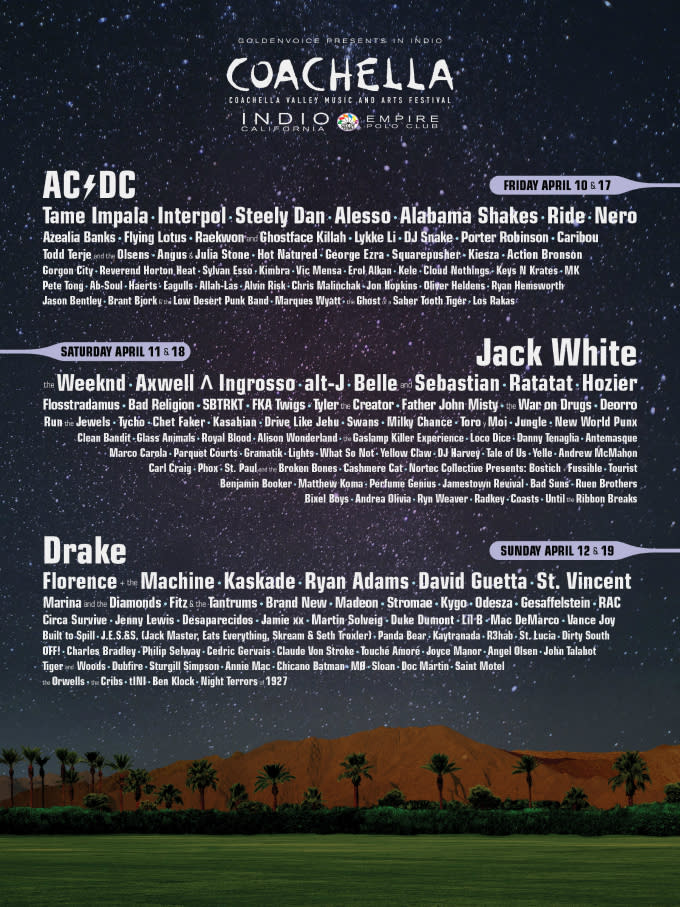