Four years after launching an in-house apparel label, Kith staged its first ever fashion show last night. “Kithland,” as it was dubbed, featured a 360 degree immersive experience complete with a livestream, celebrity performances, and of course, a runway show featuring a wide assortment of the brand’s upcoming releases. Here’s a recap of everything that went down yesterday.

WHAT: The show and the collections were divided into three different sections: Beach, City, and Mountain. Encompassing menswear and womenswear, there were plenty of sportswear looks—joggers, anoraks, ski-masks, tracksuits—as well as staples like flannel shirts, hoodies, and bomber jackets. Some of the pieces were emblazoned with graphics from classic ‘90s cartoons, such as Bugs Bunny, Rugrats, and Power Rangers. 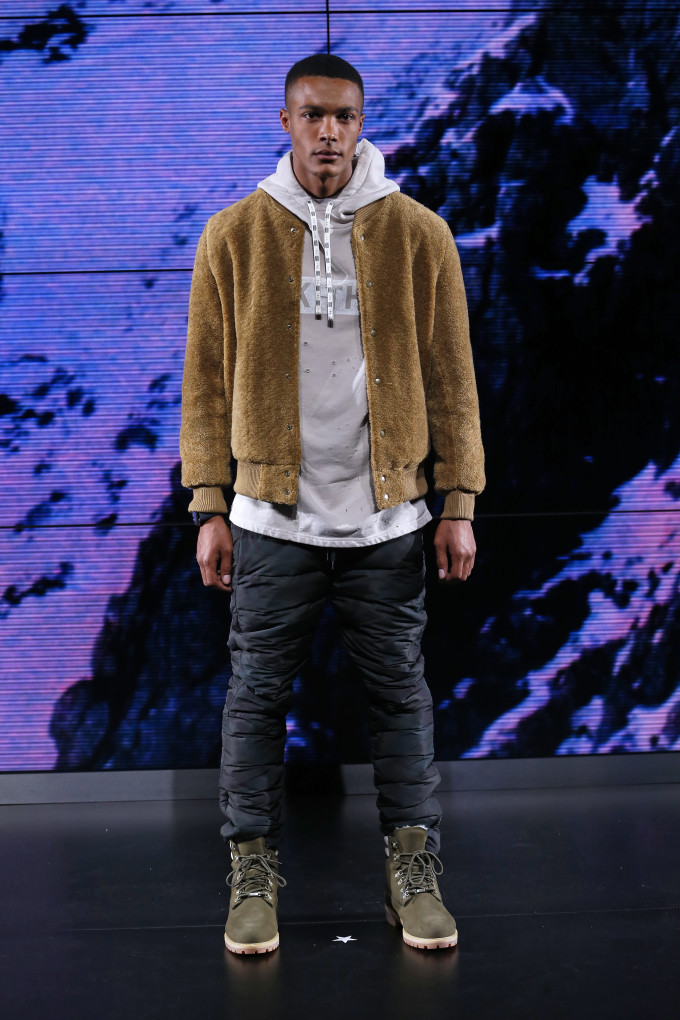 In addition to Kith’s own line, Fieg also presented collaborations with Columbia, Timberland, Nike, Adidas, Asics, and New Balance. He also unveiled his highly-anticipated projects with Bergdorf Goodman and A Bathing Ape.

Also part of the 90-look show was what appeared to be Fieg’s next installment of his Kith 96 collection, which featured pieces with “Just Us” (a Kith motto) in large text, along with the words “Kith 1996.” Back in 2013, the designer dropped his first iteration of the collection as a way to posit what his designs might have looked like had the brand been around in the ‘90s. A year later he brought it back, both times under a “New York Natives” name. 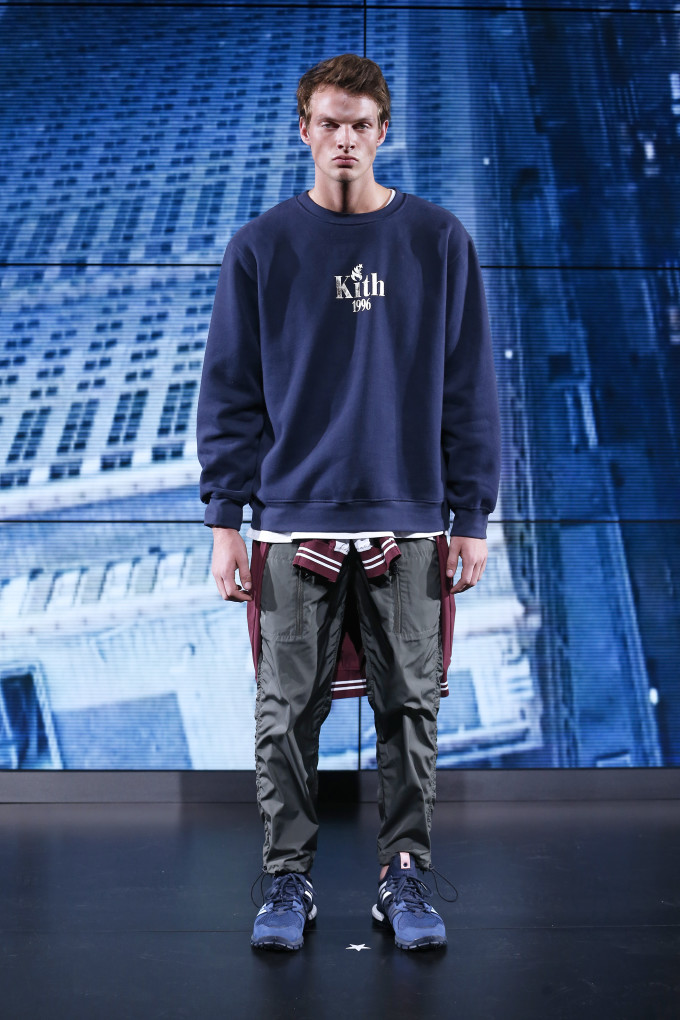 WHO: Given that this was his first show, Fieg didn’t hold back on invites for his friends and big-name celebrities, including Teyana Taylor, Iman Schumpert, Bella Hadid, Rick Ross, Jourdan Dunn, Victor Cruz, Nick Wooster, 070 Shake, Amina Blue, Public School’s Maxwell Osborne, Stampd’s Chris Stamp, Mario, DJ Cassidy, A-Trak, and Christina Milian. Fabolous, Ma$3, and The Lox took to the stage during the show for brief performances in between each section, while Ja Rule and A$AP Rocky ended the night with performances at the after party.

WHERE: The show took place at the Samsung 837 concept space in the Meatpacking District in Manhattan, where Gypsy Sport and Kendall and Kylie Jenner also presented their lines. In addition to the stage and VIP pit, additional floors boasted supplementary virtual reality components and even a 3-D tunnel, all with Kith branding. A photo booth allowed for social media posts, while the space’s kitchen was converted into an on-site Kith Treats pop-up with custom CAP’N Kith boxes. 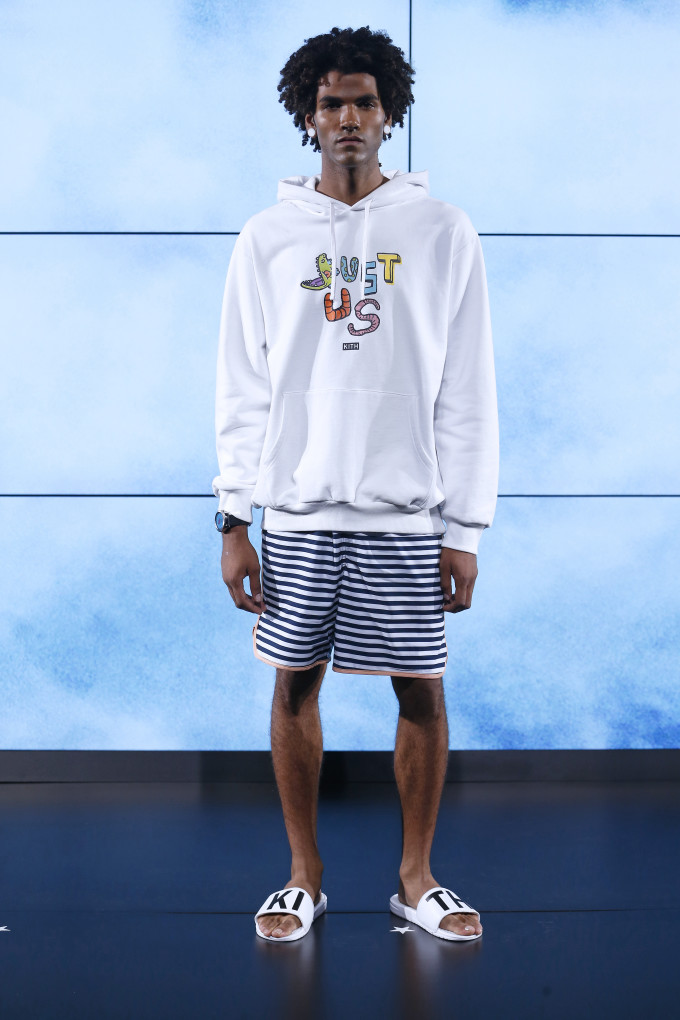