There has been few details about the show or collection. So far, we know that the show will feature a performance by artist Vanessa Beecroft, who West collaborated with for his debut adidas Yeezy Season 1 NYFW show last year. And, as Cool Teen Luka Sabbat told Complex last month, there line will include "so much more clothes" and "way more shoes" than Yeezy Season 1, and that there's "not much adidas branding on most" of the apparel. Beyond that, we've only seen new colorways of both the Yeezy Boost 350 and 750, and a pair of women's shoes that Kim Kardashian previewed.

Our Complex style crew was lucky enough to get the invites printed on camo long sleeve shirts and witness all that is Yeezy Season 2. Stay tuned here for our live updates—you don't want to miss anything.

11:46 a.m. It looks like the screening in theatres has started. They just showed the dress rehearsal.

11:49 a.m. It looks like the dress rehearsal wasn't supposed to be shown.

Off to the Yeezy show! Thank you so much @styledbyhrush and @cwoodhair for the last minute glam session!!!! pic.twitter.com/Mg9Gr8F5bZ

12:18 p.m. They're starting to seat people inside the venue. 12:21 p.m. Kim Kardashian and North are now heading over.

.@KimKardashian and North leaving their NYC apartment. (via @KimKanyeKimyeFC) pic.twitter.com/I1q8cqbwrh

The first look at #YeezySeason2 North and Kim seated next to Riccardo Tisci and Anna Wintour: pic.twitter.com/ZFXwDRVpa3 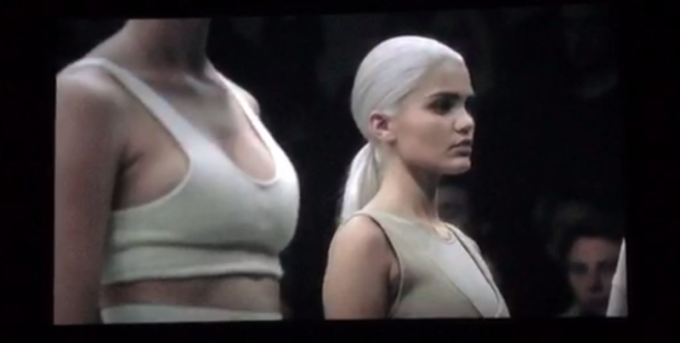 Kanye just debuted a new colorway of the Yeezy Boost 750.

1:59 p.m.  The rumor was that apparel from Yeezy Season 2 would be produced independent of adidas, and this tweet from the brand at least confirms that this collection isn't branded as a collaboration with adidas Originals.

Today adidas long term partner @kanyewest presented a collection as a designer in his own right. Congrats, Mr. West! pic.twitter.com/MRPM7vMlul