Shortly after Ben Stiller and Owen Wilson shut down Paris Fashion Week as Derek Zoolander and Hansel at the Valentino show, photos surfaced online of the actors posing with IMG models Xiao Wen Ju and Tilda Lindstam in front of the Eiffel Tower. This week, Valentino posted a few more photos from the shoot on Facebook in an album titled "The Return of Derek and Hansel."

The description for the photo album says that the guys are wearing looks from the Valentino Spring/Summer 2015 collection, while the models are showing off looks from the Pre-Fall 2015 Camuamour collection. The colorful camouflage jacket and matching shoes are believable as something Zoolander would wear, but we don't really see Hansel as a grey camo kind of guy. 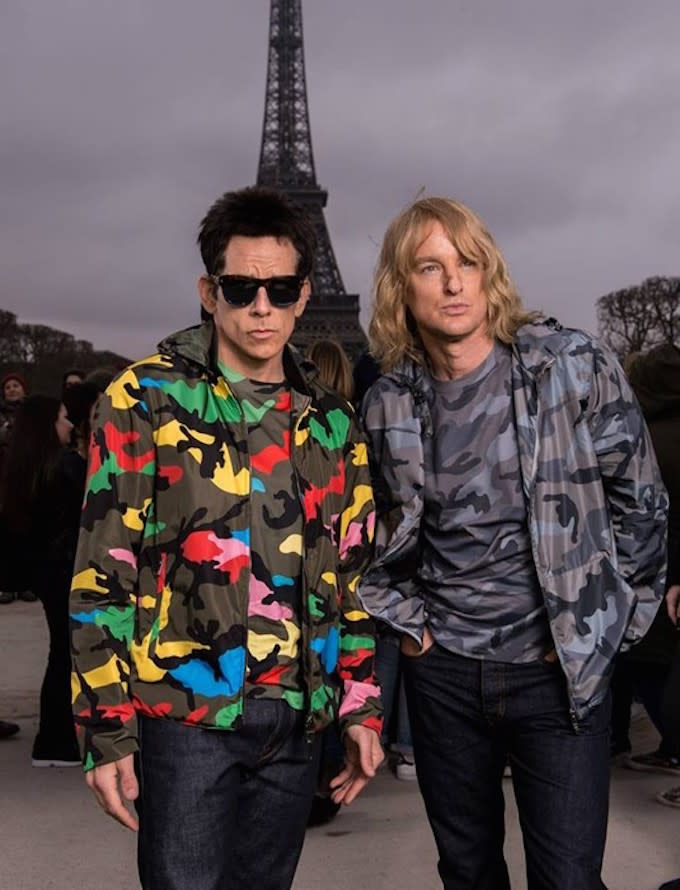 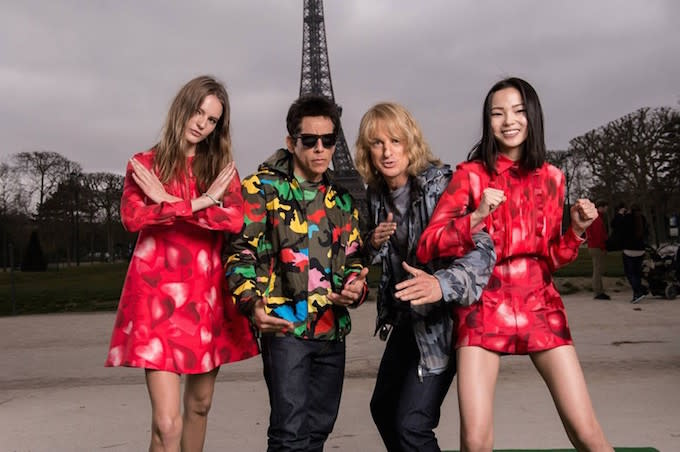 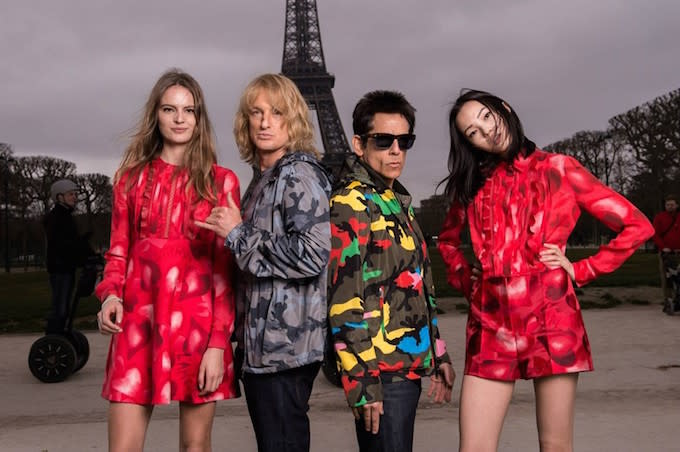