It's official, Winter is definitely starting to set in, with the wind and rain creeping its way into our days more and more often. So, that means it's time to get prepared, and find boots and jackets to keep us protected from the elements. For the ultimate protection, look no further than the new collaborative effort from Palladium Boots and Alpha Industries.

Both companies have a background in military and aviation, and have come together to create a collection that honours both. The capsule consist of six iterations of classic Palladium Boots silhouettes, including a twist on the Pampa Hi boots—the model they outfitted the legendary French Foreign Legion with post WWII—and the Baggy boots, alongside an Alpha Industries MA-1 bomber jacket.

The capsule is a real hybrid of Palladium Boots and Alpha Industries, in design and name. With the iconic colours of the Alpha bomber jackets—vibrant orange, sage green, burgundy, and black—all make an appearance alongside the rubber toe-capped boots, both styles of which have had zips and the MA-1 moniker added to them.

Check out some more images below, and head over to ASOS to pick up a pair. 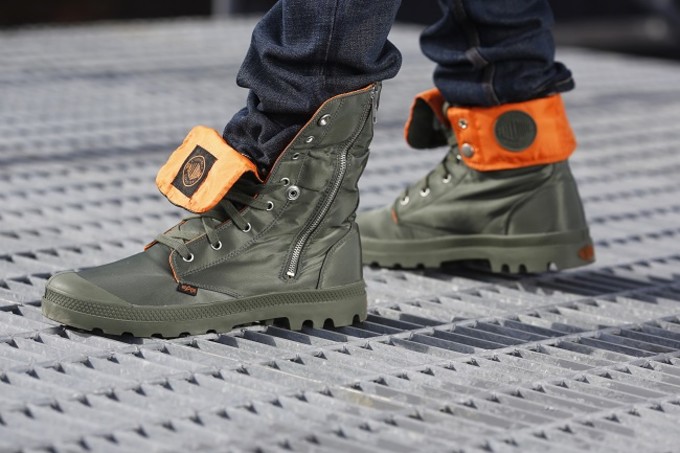 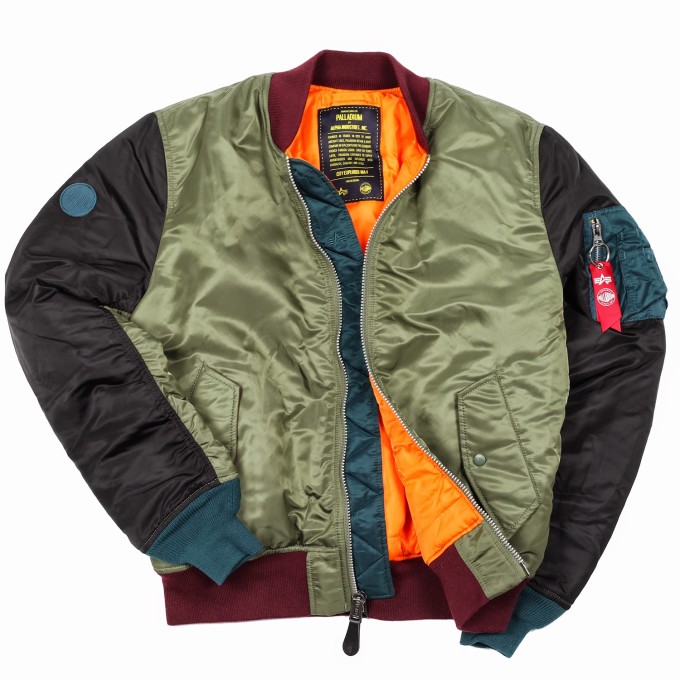 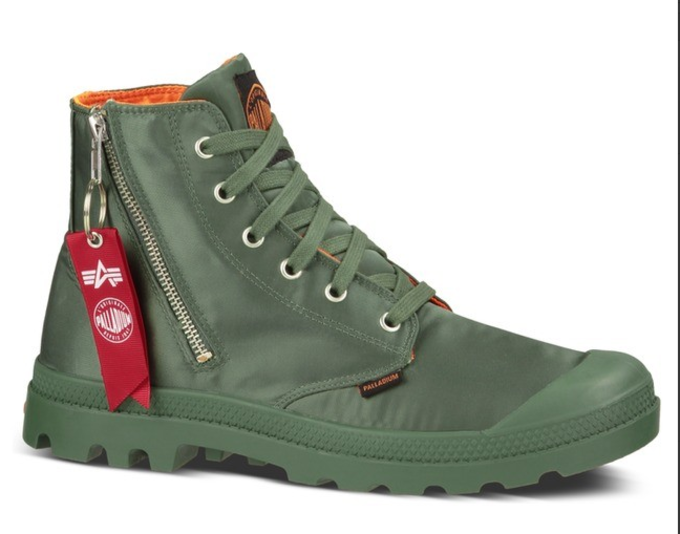 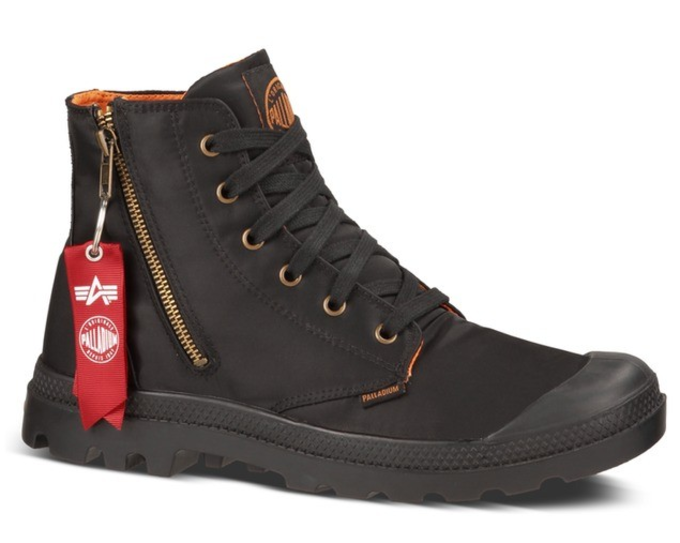 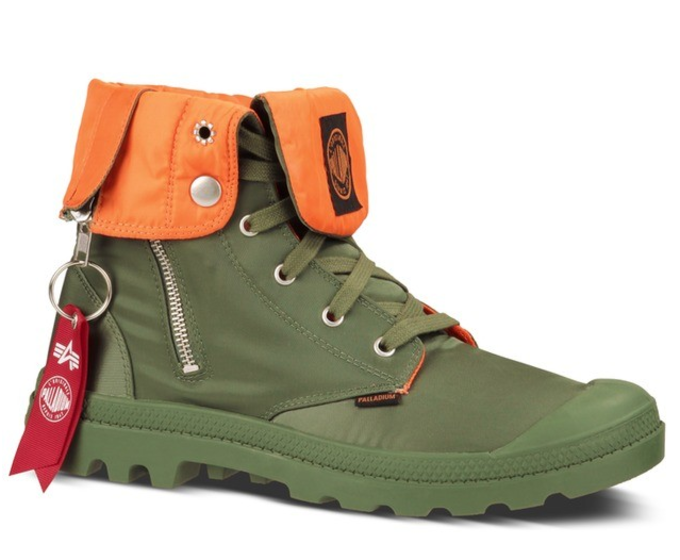 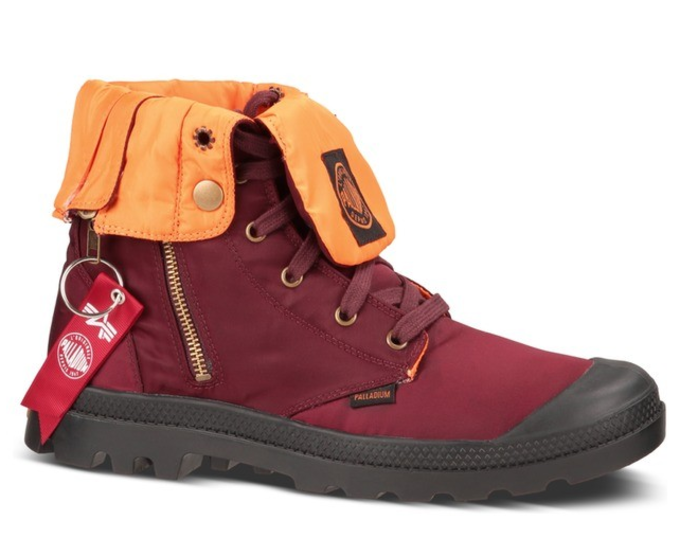