They say that college is the best four years of your life, but what they don't tell you is that the years that follow suck...a lot. If your professors kept it one hunna, you would know that great jobs aren't that easy to find, and it's virtually impossible to pay Fannie Mae with that assistant job you were so proud to get. So be ready to pack up your stuff and head back to your parents' basement, but take solace in the fact that you are not alone. 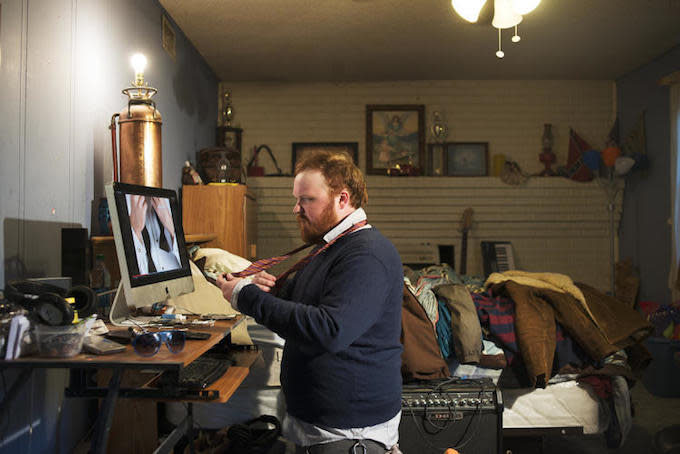 Photographer Damon Casarez traveled to 16 cities in eight states to capture the struggle of college grads who return home. He compiled his images in a photo series commissioned by the New York Times, titled "Boomerang Kids." The photos show graduates between the ages of 22 and 30 who have big goals but even bigger debt to overcome.

Casarez tells Fast Co. Design that the project was inspired by his post-grad experiences as a graduate with $100,000 in loans. "About a year and a half after graduating, work became extremely slow. I had drained all my resources, sold everything I could, and my last resort was to move back home with my parents, so I did."

The portraits of the "Boomerang Kids" would be sad enough on their own, but Casarez included information about the subjects, the degrees they received, what they want to do with their lives, and how much they owe in loans. The oldest of the group, 30-year-old Jacqueline Boubion of Diamond Bar, Calif., is student loan free but has $22,000 in credit card debt and hopes to be a film director. 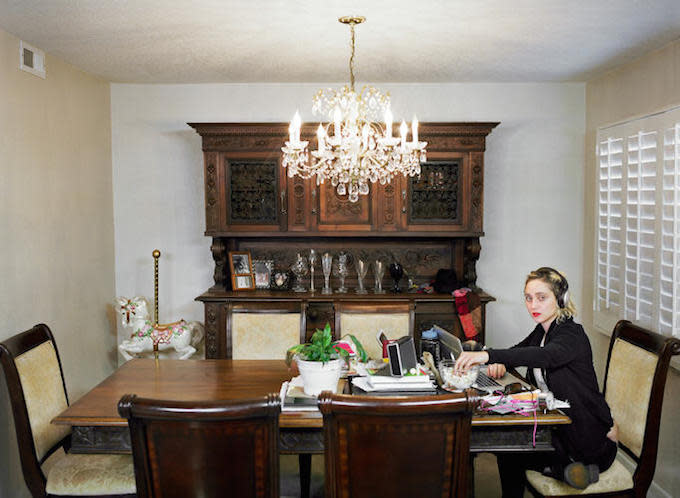 The portrait series is meant to be a little funny, but it is also very depressing. Click through to read the New York Times article, and make sure your parents don't have plans to convert your room into a yoga studio anytime soon.