Drake almost never misses an opportunity to shout out Toronto. Whether he's rapping about running through the Six or putting on local artists, his love for his hometown has rarely been in doubt.

The Canadian rapper is a Global Brand Ambassador for the Toronto Raptors, and one of the perks of that title has been integrating Drizzy into various elements of the Raptors organization. There's an entire section of their website called the "Drake Zone" highlighting Drake-themed promotions, and he's often been spotted court side at games. They've even hosted a "Drake Night" event the last three seasons, celebrating their hometown phenomenon with free swag.

But fans in Toronto are now claiming Drake has gone missing since this season's Drake Night. At last night's game against the Detroit Pistons, Raptors fans were spotted holding a sign accusing Drake of vacating his seat since that fateful November night: 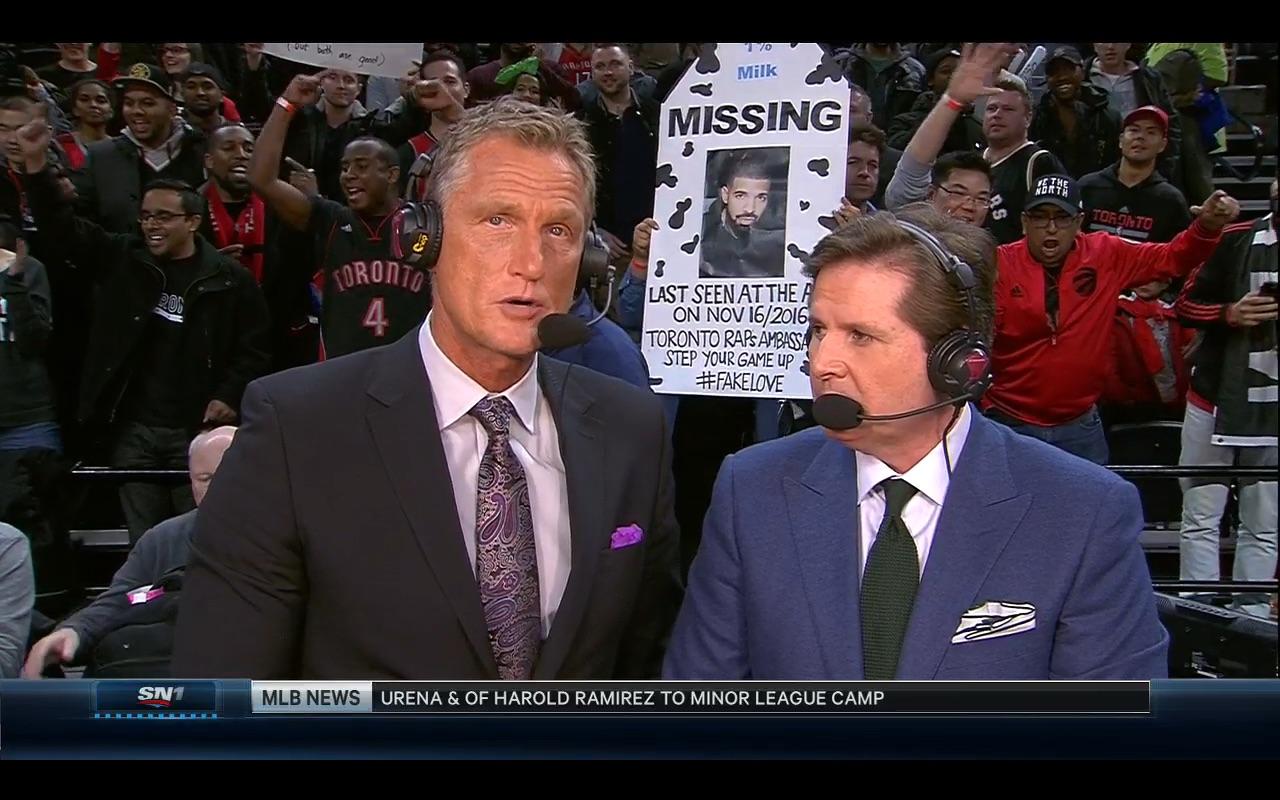 Twisting the title of "Fake Love" into a barb at the rapper himself is hilarious, though the content of the message deserves investigation. You can't necessarily trust the word of fans, and the possibility exists that Drake has kept an eye on the team whether from in the arena or from afar.

However, this doesn't appear to be a new accusation from Raptors faithful, with allusions to his absence and casual fandom being made on social media for months:

As luck would have it, there's even photographic evidence from one Twitter user who claimed to be sitting in Drake's seats in late November:

Perusing through Drake's own social media accounts, there is a conspicuous lack of Raptors love. The only time he's acknowledged the Raptors on Instagram since his post on Drake Night was when the team made a splashy trade for Serge Ibaka. This is despite finding the time to rep Kentucky basketball on more than one occasion, show love to local soccer team Toronto FC, and even share a photograph of himself alongside a Dubai-based polo team.

After the Warriors beat the Raptors on Drizzy's big night, Draymond Green joked that Drake's boots were the reason the rapper's favorite team lost. Perhaps he took the words to heart and did what he felt was best for the squad:

In all seriousness, while the public evidence isn't pointing in his favor, we can neither confirm or deny whether he's actually been missing since mid-November. His recent schedule hasn't exactly made it easy to watch Raptors games in person; he began his Boy Meets World tour on January 26, and he's set to be in Europe through late March. Though it doesn't explain why he would've been missing games prior to the tour, it does offer an explanation for at least part of the timeline.

If you're out there listening, Drake, feel free to clear the air on how dedicated you are as a Raptors fan. Otherwise, the accusations of #FakeLove probably aren't going away.