How much are they actually spending?

The Chinese Super League is already threatening to pay their players some of the highest wages in world football.

For years, the Premier League has led the way in terms of global transfer spending with very wealthy owners spread across the very top teams (Roman Abramovich at Chelsea) to the very bottom (Mike Ashley at Newcastle). Very few clubs in the Premier League are unable to spend close to £50 million in each transfer window.

But the emergence of the Chinese Super League has threatened the Premier League's dominance. 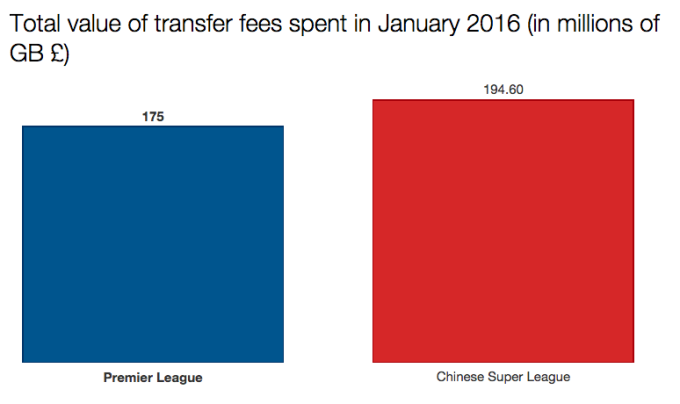 With the Chinese transfer window not closing until February 26th, their clubs have already outspent all Premier League clubs in January by over £20 million.

Unlike other emerging non-European leagues like Major League Soccer, there's no wage cap for foreign players, which makes playing in the Far East even more attractive.

Teixeira will reportedly earn £9.6 million at Jiangsu Suning – more than Neymar gets at Barcelona – and reports state that Chelsea flop Fernando Torres will become the highest paid player in the world if he were to complete a move to China.