The Seahawks are in some weird, Twilight Zone-like continuum right now. They blew the Super Bowl when they opted not to give Marshawn Lynch the ball at New England's goal line. In the season opener, they decided to give Lynch the ball and still lost.

Seattle didn't play like Seattle against the Rams. The Seahawks allowed 31 points, but Russell Wilson was solid enough to push his team to overtime. A St. Louis field goal led to this decisive moment: A Lynch run play at 4th and 1. It didn't work.

Was this an attempt at some sort of parody by Seattle -- a tongue-in-cheek joke at the Super Bowl debacle? Would you pull a run play out of the shotgun in this scenario?

Anyways, the Rams walk away with the upset and their Twitter account gets to throw a shot. 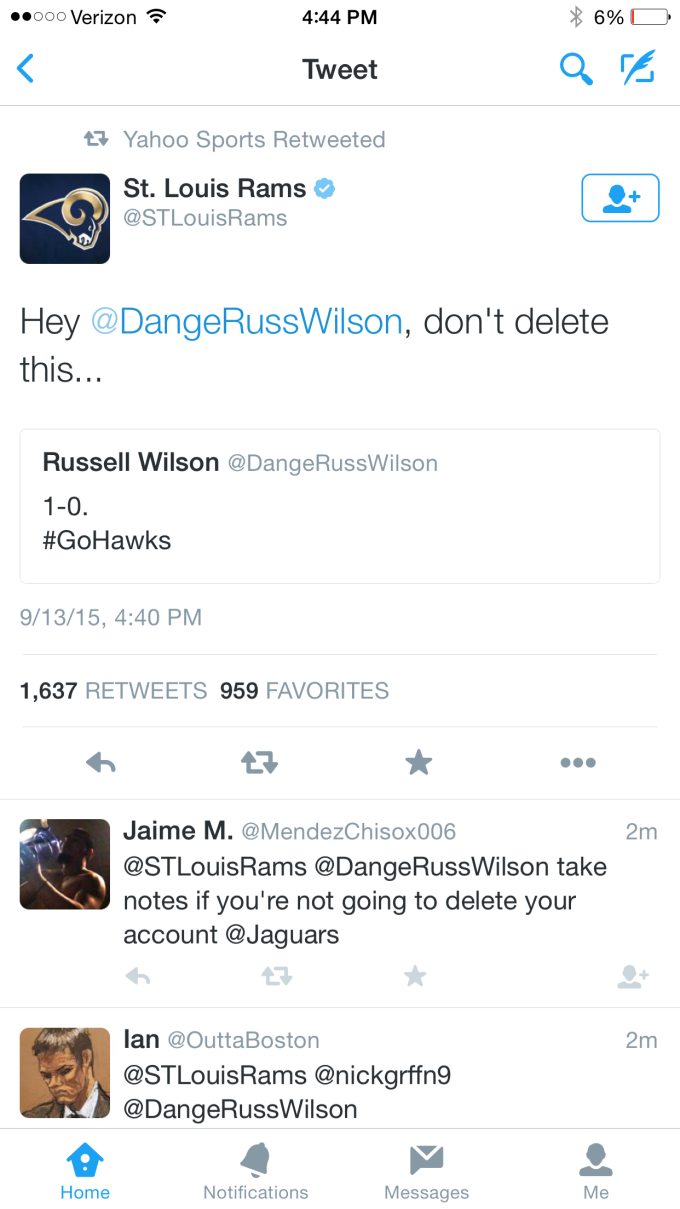