Cutler's wife Kristin Cavalarri was away for two days late last week and left Cutler and the couple's two kids—Jax, 2, and Camden, eight months—at home alone. She landed back in Chicago over the weekend, and this was the text message that awaited her: 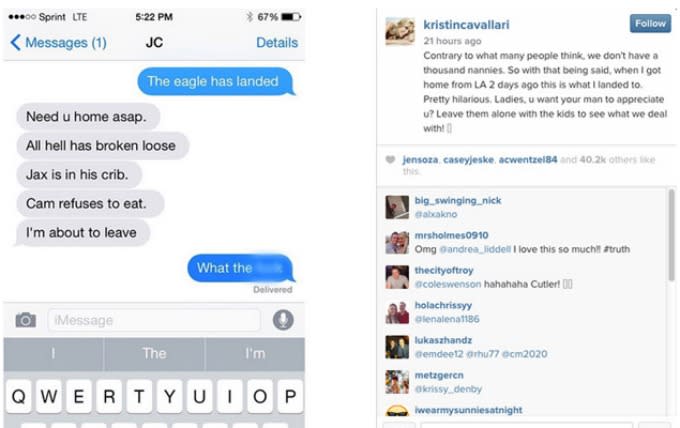 Ha. We don't know what's funnier—that Cutler didn't greet his wife with a "Welcome back!" text or that things were so bad at home that he ended his text rant by saying, "I'm about to leave," and sounded serious about it.

The 2014-15 NFL season isn't even over yet, but it seems like Cutler can't wait for next season to get started. Anything to get out of his house right now!

Gallery: The WAGs of the 2014 NFL Season