Last week, we published a post poking fun of NASCAR star Danica Patrick's answers to a madlibs-like questionnaire she filled out for the Derek Jeter-owned publication The Player's Tribune. Most notably, the one where she stated that her favorite city to drive in was "California." We thought this was funny since, you know, California is a state.

Sure, there are cities in this country named "California," but anybody with the most basic understanding of context knows she didn't mean the city in Missouri with the hot air balloon festival or the one in Kentucky with 90 people, right?

Wrong. Look at this inbox: 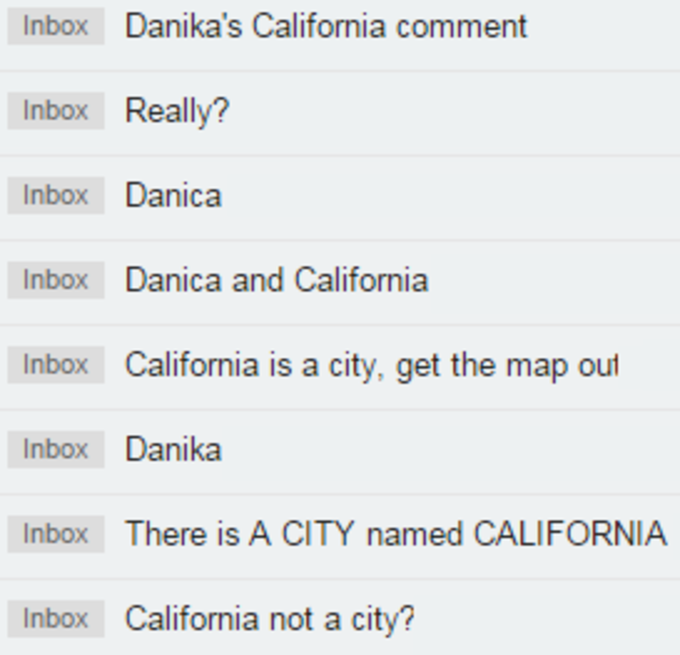 Here's some of what you had to say:

"California not a city? I think you need to be corrected. Pull up your favorite map program and type California City. See what happens." - Kevin

"Hi, In reading your article today, I noticed an obvious goof on the writer's part.  Maybe he should research a little better before posting such an incorrect opinion? Having grown up in the area, I can tell you for a fact that there IS INDEED a city in California called California City. It is located between Barstow and Mojave in the Southern portion of the state.​ Just sayin' ;)" - Carrie

"You are the one who doesn't get it.  Pathetic." - Arleen

"I certainly hope someone was not paid to write this article. Her answers make far more sense than most ‘journalists’ and politicians. Get a life. Actually, for responding to this, I probably need a life." - Don

Not gonna argue with you there, Don.

Why this particular post got so many people fired up we'll never know. But what we do know is (A) there are plenty of cities in the United States named California and (B) a multi-millionaire motorsport champion's favorite driving city probably isn't the one with a website that looks like it comes with an Microsoft Encarta CD-ROM and 250 free hours of AOL. 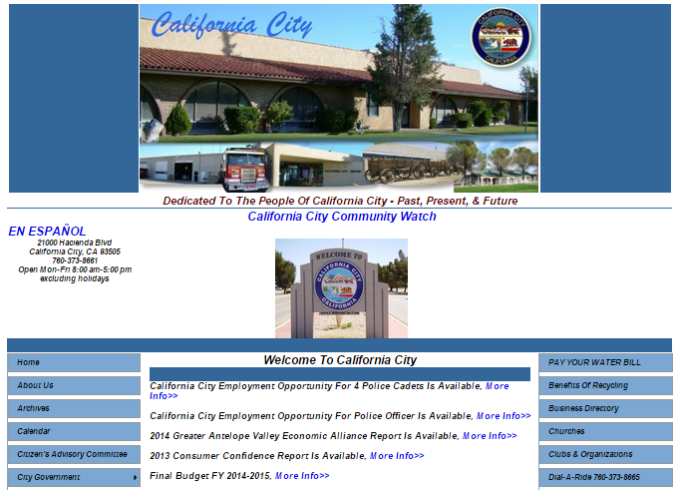 To our readers—we love you. We really do. Especially when you come at our necks on the sportstips@complex.com email. It let's us know that you're paying attention and keeps us on our toes to avoid dumb mistakes. But the "CALIFORNIA IS A CITY!" war cry we heard after the post on Tuesday? That shit was next level.

But hey, maybe those of you who sent us angry emails are right and we (along with ESPN, the Sun Times, and USA Today) are wrong. Gonna need an official ruling from Danica.