Isaac Newton—the type of genius Kanye West aspires to be—long ago wrote, “If I have seen further, it is by standing on the shoulders of giants.” Well, a year ago on Valentine’s Day, I was in the presence of a giant, but never hopped up on his shoulders.

Instead, I side-stepped like a common brute over a pastel purple chair so I could sit across from Kanye West in the corner of the Mercer Hotel lobby in New York City, and my oafish hoof came crashing down with the full force of Newton’s gravity, mashing itself all over Kanye West’s pristine, released-that-morning adidas Yeezy 750 Boost. My foot even twisted a little to maximize the damage.

After days of preparing the most effective questions possible, hours of not knowing where, how, or if it would even happen, and the gnawing insecurity that I was going to screw up a huge personal and professional milestone, that was how my interview with Kanye West began.

It’s easy to forget the frenzied atmosphere surrounding adidas Yeezy Season 1 back in February 2015, now that the album formerly known as Waves and Yeezy Season 3 are upon us. We’ve heard snippets of the album, and we have a pretty decent sense of what this season’s offering will be about.

A year ago, no one really knew much about anything surrounding the incredibly hyped collection. Those first two weeks of a blisteringly cold month were spent refreshing Kanye’s Twitter feed, diving deep into the Instagrams of junior-level DONDA members, and prepping for, honestly, anything.

Then, all of a sudden, we knew something.

It’s pretty easy to tell when something big is about to go down at Complex. People start speed-walking into offices and slamming doors. Upper management stops blasting A Tribe Called Quest to talk amongst themselves, and the rank and file turn down their Young Thug to try and eavesdrop. Someone eventually tweets something like, “Stay tuned.”

That’s how I knew that when editor-in-chief Noah Callahan-Bever called me into his office and Beats, Rhymes and Life wasn’t blasting, it wasn’t just another routine roasting of my work.

“Do you want to interview Kanye?” he asked. NCB doesn’t mince words.

“Um,” and then I went on a circular screed questioning why I should even be considered for this monumental responsibility when there are so many more talented people at Complex, how my interviewing prowess peaked at asking Makonnen if he goes down on Tuesdays, what one can even try to accomplish in celebrity interviews, and eventually announced I would do it when Noah got the fuck-all-this-shit look in his eyes. I mince words.

“It’s for a video. You’ll ask 5 questions on camera this Saturday,” he said. Then something like, “Don’t fuck this up.” And that was that. 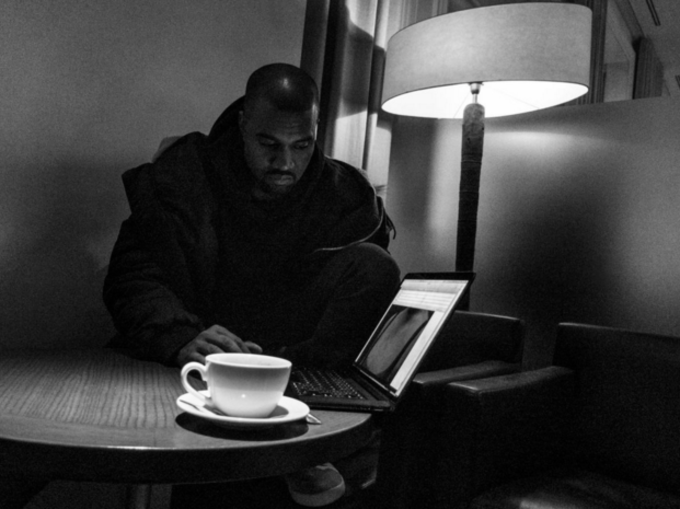 I spent more time preparing for that Saturday than I did for my Complex job interview. I had back-up questions for the back-up questions. I immediately canceled Valentine’s Day (sorry, Anna). And I had to prepare for every possible scenario because up until half an hour before I got close enough to step on Kanye’s foot, no one really knew where or how this was going to go down.

It was supposed to be a video interview, and Saturday morning we were told the hotel wouldn’t let video cameras in. The location switched at the last minute to the Mercer Hotel. I was scheduled to sit down at 2:45pm, but a long Saturday Night Live rehearsal messed everything up. Plus the legend Dirk Standen’s (formerly of Style.com, currently the digital creative director at W Magazine) interview time ran way over. There was even talk of doing the interview in an SUV while we all drove to the 5 p.m. Alexander Wang show in Brooklyn (still kinda upset this didn’t happen, tbh).

I was finally given the sign to come ask questions to the single greatest force—then and now—in contemporary culture. Kanye West shook my clammy hand and said, “Oh nice,” as one of his publicists tried to explain what “Fashion Bros” was. Then he said the most obvious thing I’ve ever heard, which was, “Nice to meet you. I’m Kanye.” It must’ve been this incredibly polite and disarmingly normal introduction that threw me off, because right then I lunged sideways over a giant chair and my stupid left foot crushed the toebox of a sneaker that launched a thousand hypebeast wet dreams.

I froze in a half-standing position and felt my face flush. I had committed the cardinal sneakerhead sin even before hitting record on my iPhone. I knew what came next: Kanye was going to yell. Kanye was going to curse. Kanye was going to storm out, vowing to never work with Complex again. I’d be fired, of course, and would have to learn how to become a Supreme reseller to survive. I looked up, ready to confront Yeezy’s fury. 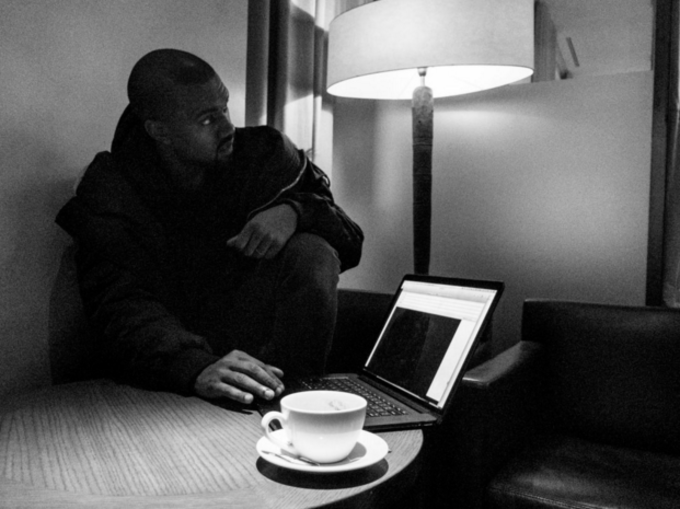 And then Kanye revealed his true nature: “Don’t worry man, I got a few of these.”

I sat down, stunned.

He leaned forward, looked at my beige New Balance 696 Re-Engineered sneakers that had sullied his kicks, and said, “Those are the shoes that, when they came out, I was like, ‘Fuck! We already designed these.’” He pointed at specific details on my shoes and his, saying, “They have the exact same perforation, color palette; it’s the same situation.” Kanye West didn’t care about a smudge, he just wanted to nerd out over sneakers.

Flustered and shocked, I mumbled that his 750s were clearly the better of the two. For a long moment, Kanye looked between the two pairs. “In some ways,” he replied with a smile.

That moment shifted the entire dynamic. What I assumed would be a few minutes of a peon weakly shouting questions up to a god became a half-hour conversation, democratized by Kanye’s genuine interest in the entire notion of elevated design. Every time he spoke it was after a very considered pause. He never broke eye contact, and soon asked my opinions and feedback on the show, the collection, and a rough draft of the Season 1 zine he was putting together. There was no hyperbole on his behalf -- every thought was carefully considered and then developed. It was clear that this process was how he approached music and design, and a huge component of why both have found success.

So what happens when you step on Kanye’s sneakers? You don’t see quite as far as if you were to stand on his shoulders, but you will come away with a better understanding of how weighing every option and deliberating on every decision can lead to an absolute belief in your creative output, no matter what amount of doubt you face. And that’s why as soon as the words “What’s next?” were out of my mouth, Kanye immediately replied, “More dope shit.” It wasn’t what he hoped for, or a general ambition. It was a fact.

But seriously, don’t step on his sneakers.