It's now been 20 years since Reebok dropped one of its defining hoops sneakers, Allen Iverson's signature Question Mid, and the brand will celebrate the anniversary in a big way throughout 2016. First up is the "Prototype" version, which brings the sneaker's original sketch to life for the very first time.

As the story goes, Reebok was dead-set on signing Allen Iverson before he was even drafted in 1996. In efforts to sway A.I. upon going pro, Reebok whipped up the sneaker you see here and called it The Prototype. The sneaker would undergo a number of style changes before eventually becoming the Question, but you'll notice hallmarks like the toe box, "honeycomb" Hexalite cushioning, and branded eyelets on both pairs.

Meanwhile, this is only the beginning of the Question's 20th anniversary celebration. Reebok has announced plans to drop 20 different Question make ups over the course of the year, and it all kicks off with these.

The Reebok Question "Prototype" drops next week on February 5 for $200 from Reebok.com and select retailers including Packer Shoes and Concepts. 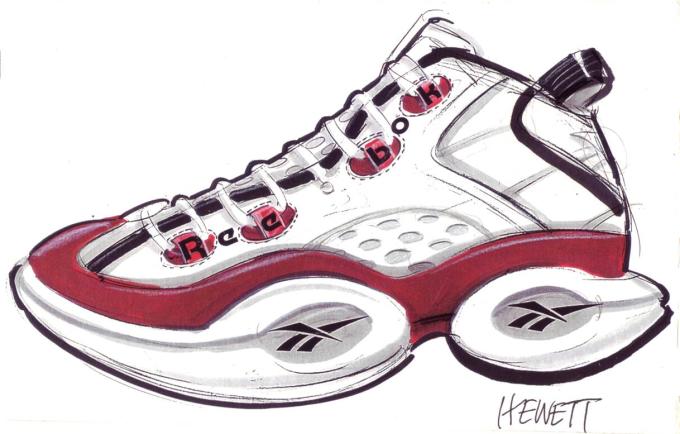