Ronnie Fieg's next sneaker collaboration is dropping sooner than you think.

Taking to Instagram, the head of Kith officially unveiled his adidas Originals EQT Running Support 93 with a release date of October 11. The vintage runner features a predominantly deep blue build with a scaly gold toebox. The lateral side features light blue stripes, while the medial is equipped with textured white and gold accents.

In an interview last month, Fieg revealed that the concept behind the sneaker was based off of the NYPD uniform, and that $15,000 of the proceeds would go towards the 9/11 Memorial Fund.

With a little over two weeks to go until the release, expect additional launch information and detailed photos in the coming days. 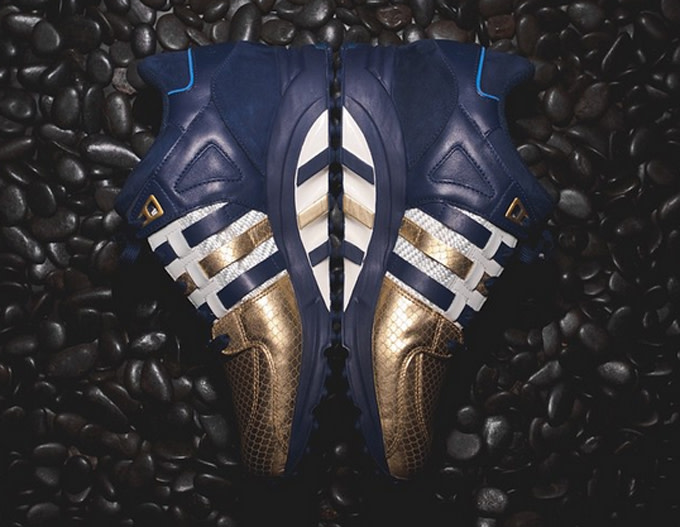