Nike's no stranger when it comes to collaborations. From premier brands like Supreme and Stussy to influencers like Kanye West and Hiroshi Fujiwara, the Swoosh has come together with a laundry list of companies, designers, and pioneers to push design and innovation. At the forefront of these partnerships is Nike CEO Mark Parker.

In an interview with Business of Fashion, Parker said that one of his favorite collaborations was the Nike Zvezdochka sneaker, a project from 2004 with Australian industrial designer Marc Newson. The inspiration behind the collaboration was space and the name of the sneaker, Zvezdochka, actually came from the name of the Russian dog that was sent to space in 1961 on the Sputnik 10​.

"This seemed to be something that the astronauts in the space station might actually use," Parker said. "The whole process of working with Marc was actually really enjoyable. I think the potential of our company is based on the ability to connect and collaborate with smart people in really specific areas."

The collaboration initially released in five different colorways and only 140 pairs were produced. Two colorways were later offered in 2010. 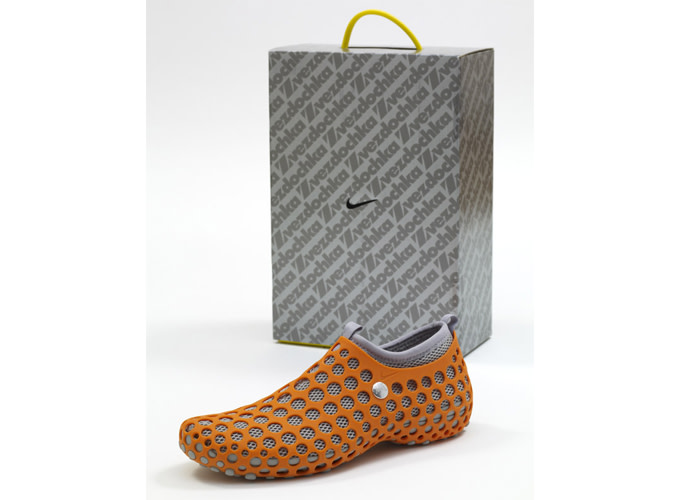 [via Business of Fashion and Marc Newson]