Ronnie Fieg’s stock-boy-to-sneaker-magnate status is a story that’s been done to death. The gist: Teenager works his way up from the backroom of David Z to making some of the most coveted kicks in New York. In 2011, he opens KITH, a boutique specializing in footwear, and an apparel line of the same name. Three years later, he’s gone global with pop-up shops at Paris Fashion Week and Brazil during the World Cup.

KITH, which takes its name from the idiom “kith and kin,” occupies a sweet spot in the menswear market between the worlds of hype-obsessed sneakerheads, fashion-conscious cool guys, and the average Joe who wants to step up his casual steez.

Fieg’s critics claim the 32-year-old designer and storeowner is a brat who benefits from a monied upbringing. He wants to set the record straight. So what’s the real secret to Ronnie Fieg’s success? It involves 18-hour days.

When it came to making a retail store in the age of the Internet, what was your approach?
If you go from Canal Street to Union Square, there are a billion stores that sell shoes, and a lot of them have the same product. The idea behind KITH was to have different product. I wanted to offer the best footwear selection in the country, for men to come in and buy things that aren’t already on the block, and not things they’ve seen five times within a three-block radius.

There’s a “F**k Ronnie” campaign that goes on every time I release something. Pissing people off is a great indicator that you’re doing well.

Where is men’s style at right now?
We’ve seen the evolution of street and fashion, and now there are blurred lines. Style is not defined by price or category but by how well you can put it together. The footwear ain’t enough. That’s why KITH has become a lifestyle brand, to offer the whole look. I built footwear and apparel together like Legos. They’re building blocks. You start from the bottom, work your way up, and you end up with a castle.

What do you make of the current relationship between high fashion brands like Givenchy and streetwear?
Luxury brands have always held their own, in terms of being at the pinnacle of fashion. As the Internet grows and you encounter more product that you can’t afford, you build desire for that type of product. High fashion brands will always influence our marketplace because that’s where a lot of designers get inspiration, but I’m not necessarily inspired by high fashion. I’m inspired by different textures, different fabrics, different colors, and different ways to come up with fits.

I still have a lot to learn in terms of fit because we don’t like our shit too tight, but we don’t like our shit too baggy. That’s something that I want to perfect. Fashion houses are always on the extreme end of the spectrum; streetwear is on the other side of that spectrum, and I’m trying to meet somewhere in the middle. I’m giving that person evolving from basic streetwear something a little more sophisticated, and the person coming down from high fashion something they can wear every day. I’m not gonna make a Met Gala piece. I have a lot of friends who are into fashion who wear my sweats, and I love that because I give them a different perspective. 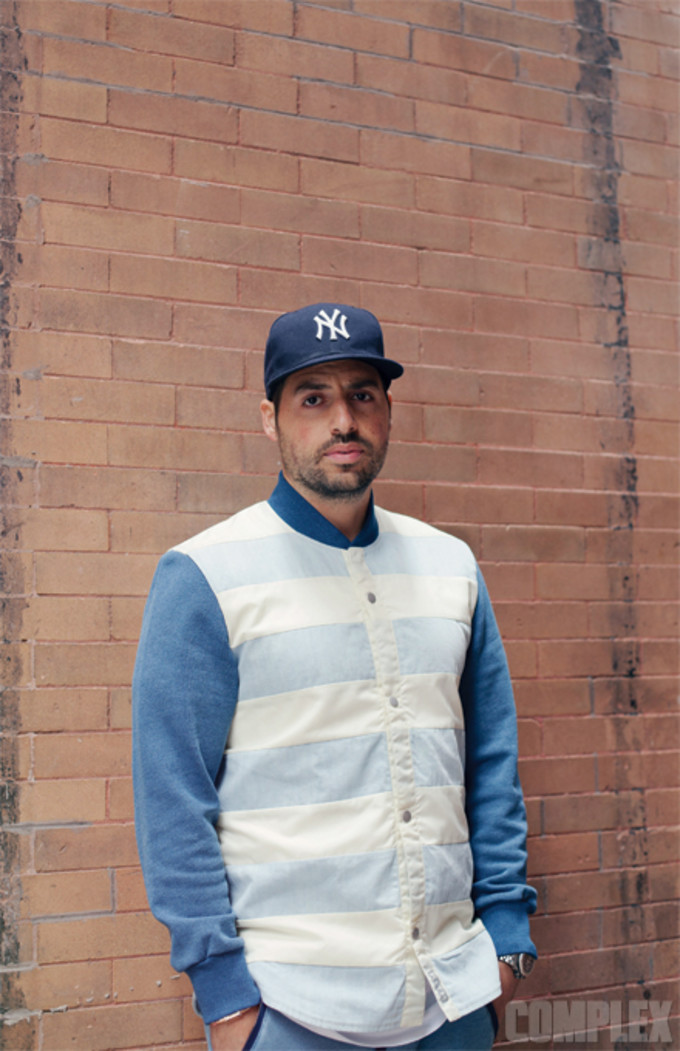 Speaking of high fashion, the Dover Street Market release with Puma put your product at a luxury level. Did that signal you had arrived in the fashion realm proper?
Working with Dover Street was amazing because it’s the best retailer in the world, and [the collaboration] will elevate KITH and give us exposure that we’ve never had before. At the same time, it’s going to help Dover Street get into a demographic that it hasn’t dealt with before.

The word “collab” is so watered down. It’s basically two brains working together. The market is flooded with collaborative product now. I like to cater to a new audience with every project that I work on because I’m not just focused on one specific age or gender. This is for everyone who wants to be different. That’s when collaborations work—when you bring out products that you wouldn’t normally see, and you both bring different audiences to the table.

You’ve recently expanded the SoHo shop. What do you envision KITH could be on a bigger scale?
The best store in the world. I will not stop until KITH is the best store in every sense. I’m looking to get better in everything I do, not just footwear. 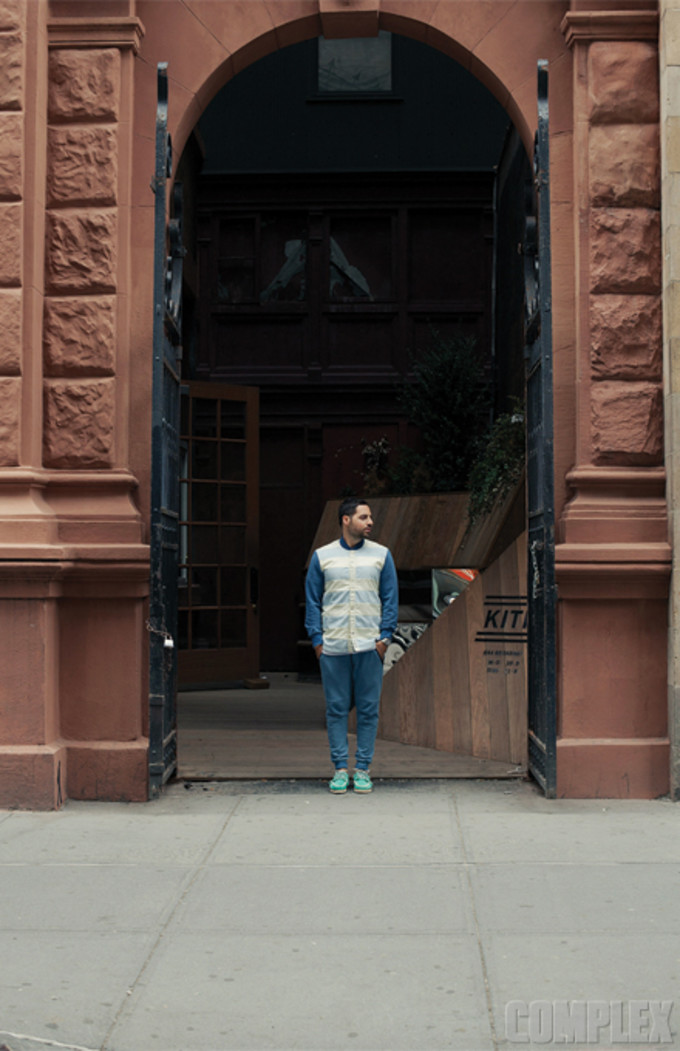 Complex ranked the best sneaker collaborators and you were No. 2, behind Concepts. Do you think you’re in a position to be No. 1 next year?
I appreciate what Concepts does. They’ve been around longer than KITH, but I’m obviously working to be the best I can possibly be. To be completely honest with you, Complex’s lists are fucking terrible. I don’t know who writes the lists, but sometimes I’m given more credit than I should, and sometimes I’m not given enough credit. In this particular situation, I don’t know if I should be No. 1, nor does it really matter to me. I know I’m doing the best that I possibly can, and that’s the most important thing. Am I looking to have the No. 1 spot next year? Of course. But I’m in my own No. 1 spot this year. If my team and I feel like we can be doing better, then we’ll do better. Right now, we feel like we’re doing the best we can. That’s what really matters.

How has the Internet changed how people perceive your products?
In the new age, people want to get from A to Z without the alphabet. Social media and the Internet have shown people the finish line, and not enough of the process. They don’t see the work, they only see the final product. I have no interest in educating people about what I do. I owe my consumer and I owe my client base good products. I don’t care if they hate me or like me personally, the most important thing is that I give them good product. That’s all that matters to me.

Does the future of KITH rely on great brick-and-mortar stores or an amped-up web presence?
It’s a combination. I just launched a new website, which is better than everyone’s. I was the first to have outdoor shoots on all of the footwear that we bring in. If you look at my website, it’s very unconventional: All the shoots are done outdoors, except for the KITH product, which is done on a white backdrop. A ton of retailers have copied us, so I had to change the game and launch a website that will take people a million dollars to copy.

How do you know people have bit your approach?
When I see my reps at certain brands, the buyers say, “This store is telling us that they’re the KITH of Ohio, or the KITH of Texas.” How can they be the KITH of anything? I’m not “the whatever of NY,” I’m KITH of NY. I’m KITH of Brooklyn. I don’t understand when people try to relate. They can’t relate to what I’ve been through and what I’ve done. There’s a “Fuck Ronnie” campaign that goes on every time I release something. Pissing people off is a great indicator that you’re doing well.

Does the hate get to you?
My family sent me screenshots from a Hypebeast comment saying that my store is in a building that my parents own. Is that a joke? I support my parents. My parents are not well off. My father drives a 1993 Altima. He won’t let me buy him a new car until this shit breaks down. People have the most retarded perception of me. I wasn’t the spoiled kid; I never got anything I really wanted growing up. It was a struggle for me, so I had to work to get it, starting at the age of 13. So fuck anybody who thinks they have the right to talk. One comment can have a million eyeballs. Then the Internet becomes perception.

It’s terrible when people make up stories to feel better about themselves because they can’t do what I’m doing. But I feel like they can do what I do. I don’t feel like I’m more talented than anybody. I feel like there’s Michael Jordan talent—it’s unobtainable [if] you weren’t born with it—and then there are successful people who are considered talented. But the only talent that I acquired over the years is the work ethic. If you put in the same amount of work I put in, you would be right here. 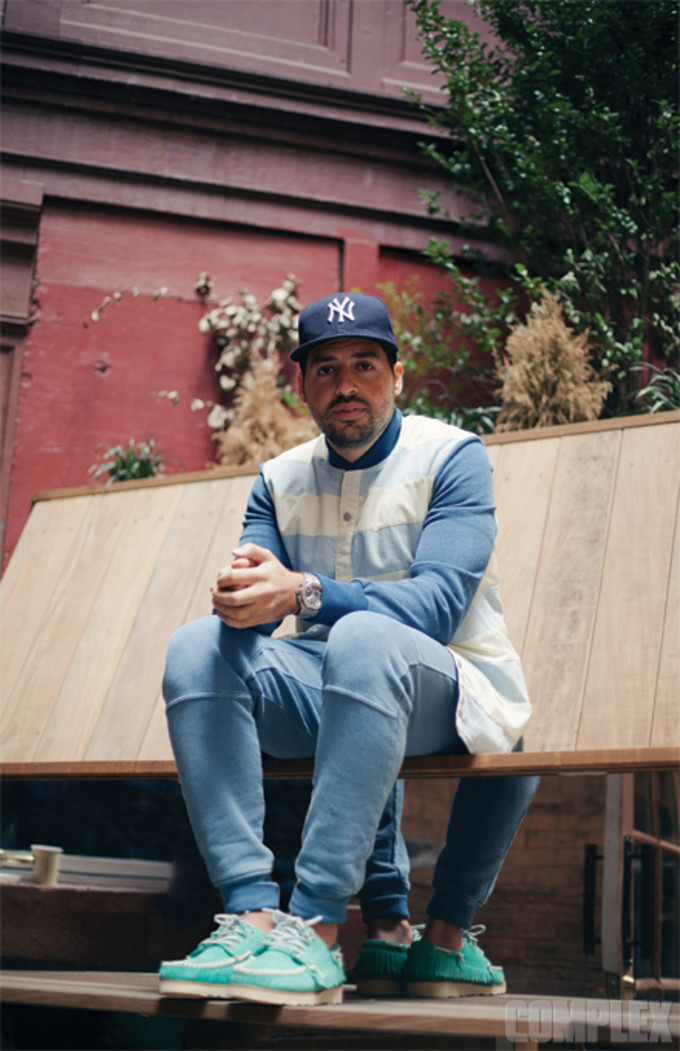 Not even your detractors can knock the hustle.
That’s the thing. How can you knock the work I put in? It takes a lot for someone to say “that shit sucks.” Think of how lame you have to be to go out of your way to negatively comment on anything anybody does. Think of how much better the world would be if you took all that energy and flipped it into something positive. Or spent that energy on yourself, and built something better. If you think something can be better, do it. Make it better. But knocking someone for the work that they put in? I’m disappointed in people who put negative energy into the world. It’s so pointless.

So the biters are copying the wrong thing?
If there’s anything that you should bite, it should be working 18-hour days. Bite that, and we’ll see where you get. I’m not looking to copy anybody; I’m looking to be me. I was put here to give people a better option, in terms of what they wear. That’s what I feel I was put on this Earth to do. I want there to be a dude who cops a full outfit from me, goes to school, and gets the baddest bitch in the class. That’s what I want for the kids. If you have a girl, I want you to look better for your girl. If you don’t have a girl, you could get a girl. I want people to look better in the things that I make.

Is it still possible for young kids to create their own lane and have people follow?
Of course it is. You can’t flock with the rest of the sheep. Take a detour and be willing to put all your eggs in one basket. If you want to become someone who shifts the culture, you need to be able to sacrifice certain things. It’s definitely hurt me in terms of my personal life, relationships with significant others, my parents, and my family. It takes a lot of sacrifice, and people need to be willing to do that. I don’t see my parents enough; I don’t see my sister or my nephews enough. But those are the things that you give up, to make a change, to put a dent in the market that you’re working in. And I have been willing and able to do that.

People call you an influencer. Do you agree?
I hate that word. To me, my best friends influence me, and that’s all that matters. I just want to be the best at what I do. I need to make sure that I’m maximizing my potential, that’s all.