Even though Nike just barely released the all-new Lunar TR1 two weeks ago, the Swoosh already has a limited-edition pair set to go on sale tomorrow. The Lunar TR1 "Beast Mode" is a special trainer for Seattle Seahawks running back Marshawn Lynch.

The trainers feature a primarily metallic gold mesh upper with black and silver accents throughout. There's "Beast Mode" branding on the tongue, which is Lynch's nickname, and even "Grill Connoisseur" printed behind the tongue—Lynch got his first grill in 1998 and even keeps them on during football games. 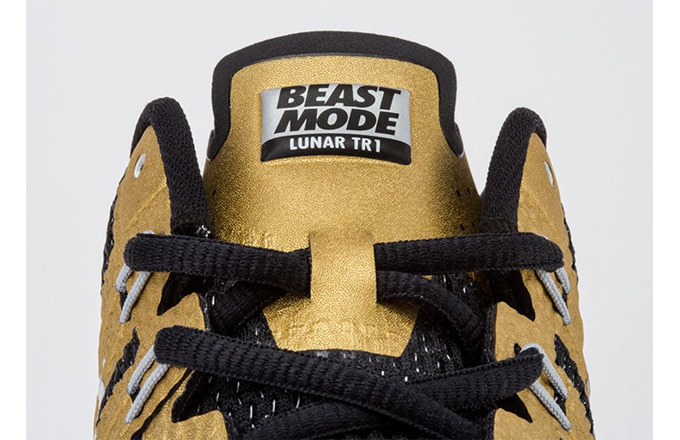 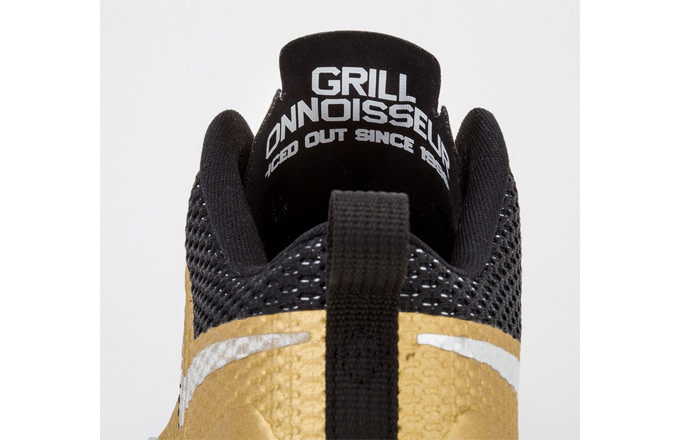