While everyone is busy catching Pokemon with their phones, people in Red Deer, Alberta are taking things to another level.

Arson is a two year-old Belgian Malinois, who is training to become a drug-detection dog. In order to better hone his skills, Alberta K9 allowed him to practice on a live Pikachu. The electric type Pokemon is shown jogging down a small road, before Arson proceeds to chase and catch him. It's interesting to note that this Pikachu was discovered very far away from the Kanto region. No word on whether he took the SS Anne to travel there faster.

You can see the GoPro footage of the event in the video above. No word yet on the move used by Arson, but we're assuming it's "tackle".

For what it’s worth, the Alberta K9 unit have teased that there may be more Pokemon-related activities in the near future. 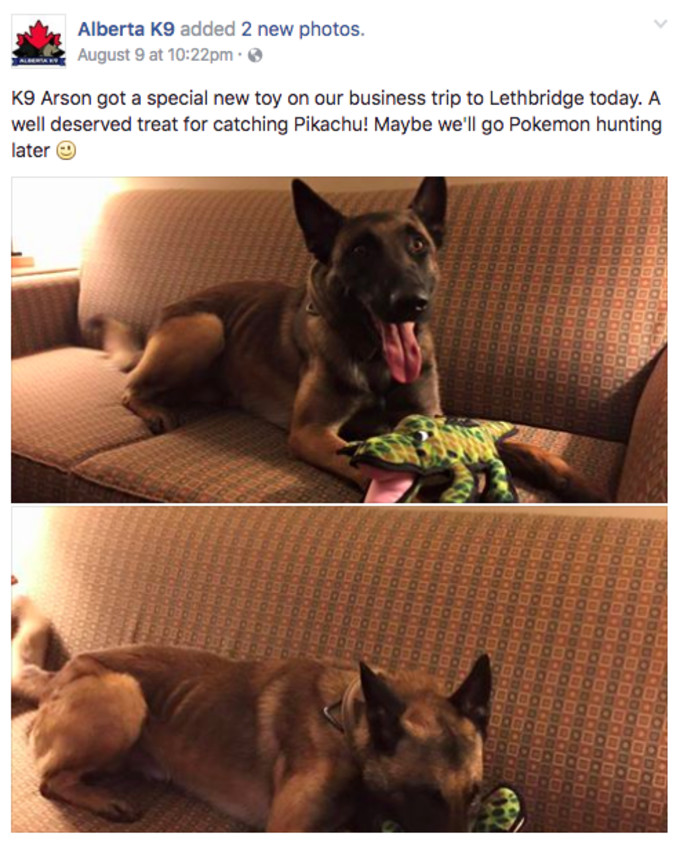