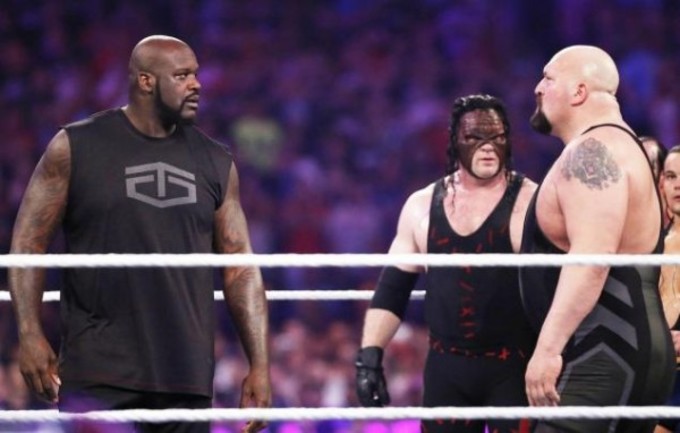 A wrestler’s entrance music is one of the most important aspects of a professional wrestler. The right song at the right time immediately sets the tone and can make an arena collectively lose their shit.

So last night when Desiigner’s “Panda” kicked on over the speakers at Wrestlemania 32 as NBA legend Shaquille O’Neal ran down to the ring, it made for a truly magical moment.

“Panda” was already gaining momentum online, then Kanye West linked with the young Brooklyn artist and Desiigner really took off. The song generated even more buzz when Kanye used it on The Life of Pablo and announced that Desiigner was the newest signee to G.O.O.D. Music. Desiigner also came through our No Ceilings showcase at SXSW and put on one of the highest energy sets we’ve seen in a while.

But why did Shaq choose “Panda” as his entrance music? We may never know for sure, but this picture exists and that’s a good enough explanation for me.

Desiigner also performed “Panda” just a few days earlier while walking boxer Adrien Broner out to the ring before a fight.

Posted by Pigeons and Planes on Tuesday, February 9, 2016