Toronto’s CMDWN collective had a hell of a run in 2015, with smash singles “We Are Not” and “What’s Her Name?” standing out as two of the best songs of the year. With a movement well established in their home city, Ca$tro Guapo and Fiji are set to pour gasoline on the flames in 2016.

Today, we’ve got an exclusive look at the next phase of the CMDWN takeover. Ca$tro Guapo’s first move of 2016 is “Waka Flocka Flame,” a reverent ode to Flockaveli himself, produced by Danny Phantom.

"Growing up, I was always a big fan of Waka, I would listen to his songs on repeat. I remember getting tickets to his show one summer, and it was one of the most enjoyable experiences of my life,” Ca$tro Guapo told Complex. “I watched and admired his stage presence, his energy, and his ability to control the crowd. I've wanted to be him and have the same effect on people ever since."

Listen to “Waka Flocka Flame” by Ca$tro Guapo below, and if you’re in the Ottawa area, be sure to catch CMDWN at Ritual on Saturday, January 23rd. 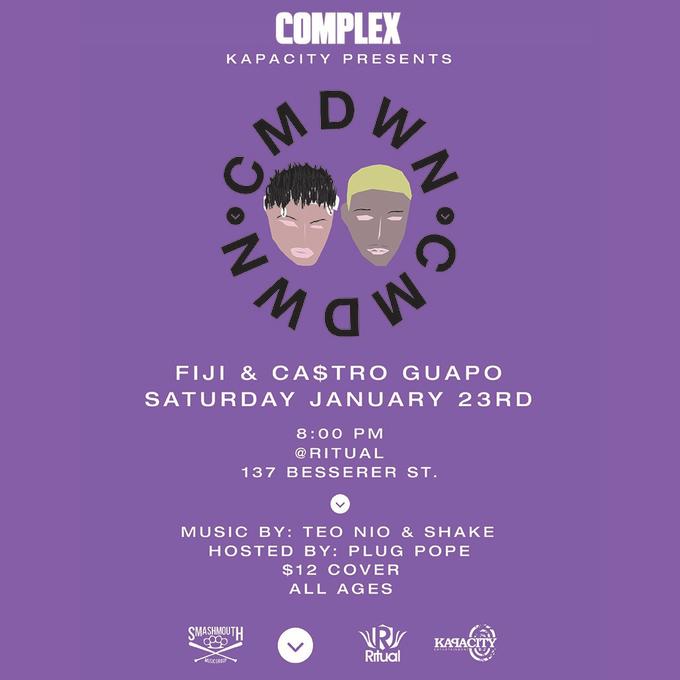