The message board website 4chan struck at the hearts of every OVO fan this morning when they started a rumor that Drake died in a car crash in Los Angeles. "Operation Drake, as the original thread called it" started in the comment section of Drizzy's "Hotline Bling" video, where users wrote "RIP Drake" before the news then spread to other outlets. The fake news eventually ended up as a community post on Buzzfeed that was syndicated on the front page of Yahoo! before it was eventually removed. CNN also picked up the story through syndication, but it was removed shortly after.

Buzzfeed pulled the community post and left an editor's note that a community user posted a false claim about Drake and that it was removed. Drake's Wikipedia page for a time listed his date of death as Nov. 22, though it's unclear if 4chan made that update. The original 4chan threads have since been deleted, but it looks like the damage is already done, with Twitter questioning if Drake actually died. Thankfully, Drake is still alive and Views From the 6 is on the way. 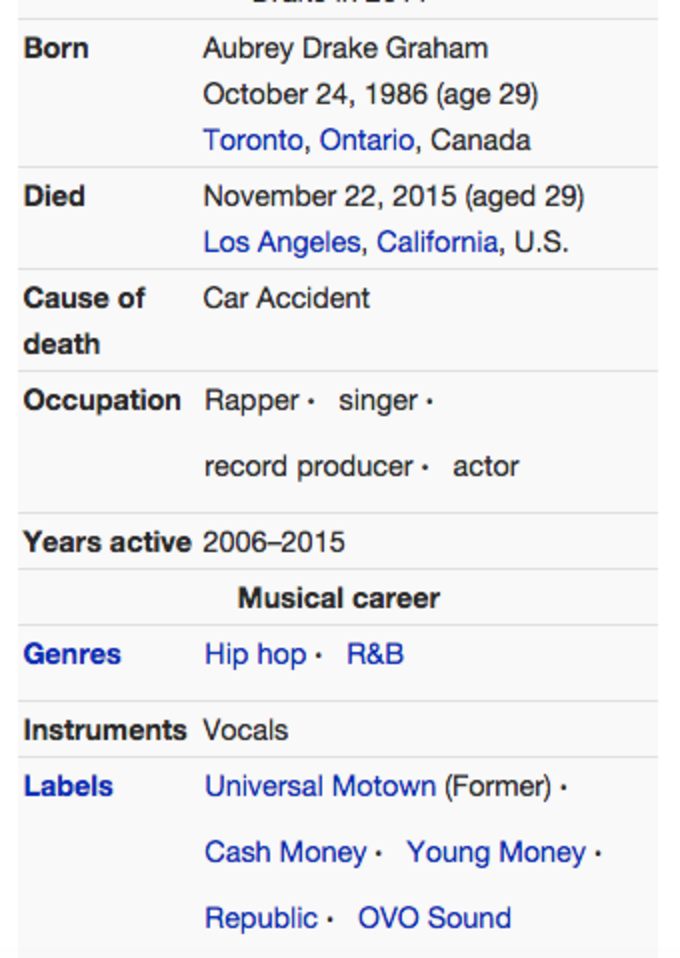