Vancouver producer Felix Cartal burst onto the electronic music scene in 2009 with Skeleton, a 4-track EP of hard-hitting grind-house beats and sweltering synths. Since then, a tireless touring schedule and a breakneck pace of release after release has cemented Felix as one of Canada’s finest producers, and a serious contender on the world stage.

In preparation for his new record Life Online, Felix Cartal is sharing a music video for “With You,” a pulsating progressive-house track, aided by the airy vocals of Natalie Angiuli. The visual depicts what looks to be a pretty decent summer road trip, complete with beach hangs, ice cream, and an inflatable donut, but Felix offers another interpretation. “I realize a lot of the music I’ve made has been made feasible because of connections with people I’ve never actually met,” he told Complex. “And I think that’s a really interesting thing, to be able to participate in people’s lives without actually meeting them in person. ‘With You’ is a standard love song lyrically, but I wanted to include this social media element, that proves how people watching online can participate in other people’s relationships based on what they broadcast.”

Watch Felix Cartal’s music video for “With You” above, and check out his upcoming tour dates below. Stay on the lookout for the new record, Life Online, dropping later this year. 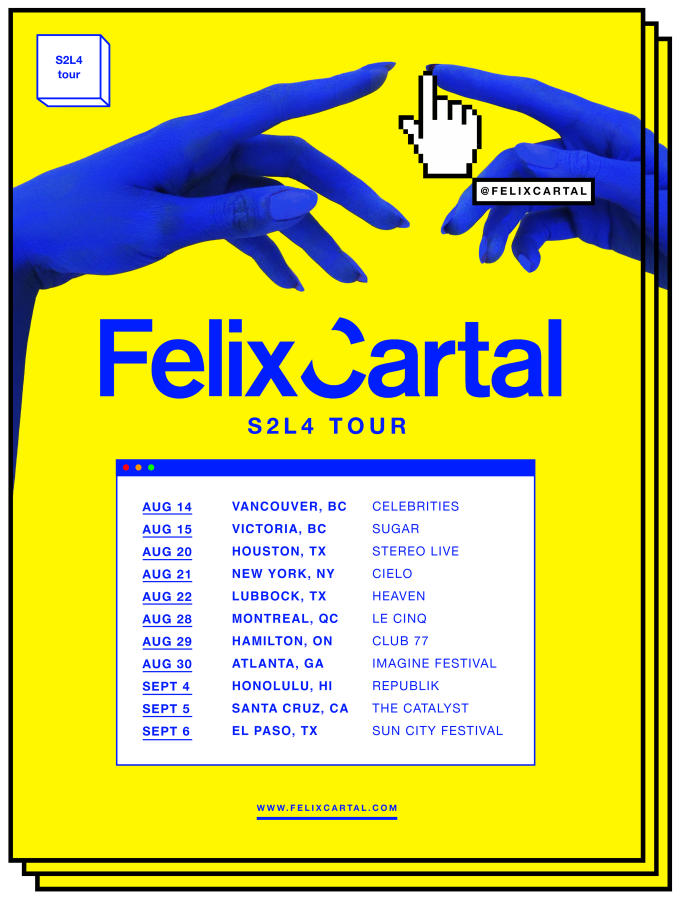