In case you've been living under a rock—or just stay up in the house—the sound of Jersey club has hit your ears at some point over the last few years. With producers like DJ Sliink, UNiiQU3, Nadus, and other homegrown acts getting mainstream exposure, alongside the likes of Cashmere Cat, Trippy Turtle, and others exposing the sound to the rest of the world, it's been out there. With 2015 being poised to really open the doors for the next phase of Jersey club producers, it'd be within your best interest to get in early on THREAD's "Contraband Series," which kicks off today with a DJ Jayhood's seven-track What Is BBM Vol. 1 EP.

Jayhood's been doing the damn thing for a minute; born and raised in Newark, NJ, he's been on the warpath with his material. One of the best club tracks of 2014 is the Jayhood-produced "Takin' It No More," a song from Sharaya J, an artist coming up under the wing of Missy Elliott. Word is that Jay's not only been working with both Sharaya and Missy, but has his own tracks on the way as a rapper, as well as his material as a producer. For his What Is BBM Vol. 1 release, Jayhood properly showcases why he's known as the "Booty Bounce King," presenting his "Booty Bounce Music" on top of a number of choice R&B tracks, including Beyonce's "7/11," Aaliyah's "Rock The Boat," and more, including Manolo Rose's huge single "Run Ricky Run." In just under 18 minutes, Jayhood stakes his claim, and if this is truly just a subtle intro of what he's been stacking, 2015 is going to be a problem.

This EP drops before the next edition of THREAD, which is a party that is seen by many as the heart of the Jersey club movement of today. This Newark event was started by Sliink, Nadus, DJ Reck, and Ezrakh, and is where the collective Jersey club scene comes to let their hair down, be themselves, and groove to the hypnotic, hyper, progressive sounds of club music. Tonight, Jayhood joins a lineup that also features Nadus, Ezrakh and DJ Reck as Gonzalo Silva. This goes down tonight in Newark, NJ; grab your tickets ASAP, then pre-game to this new one from Jayhood. 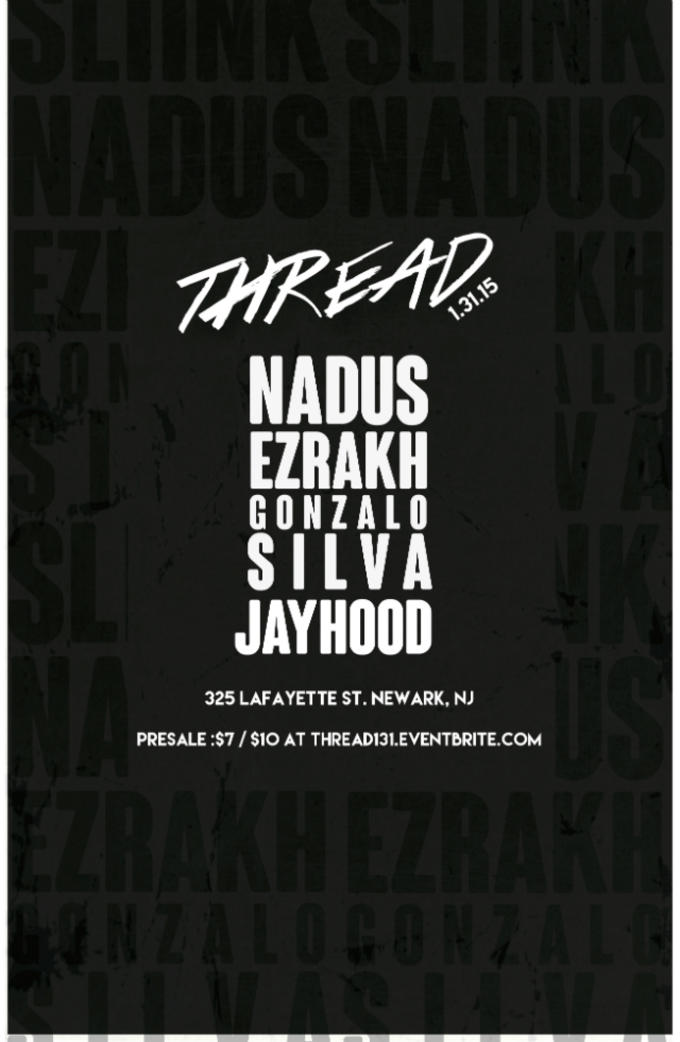