To write an intro about Raekwon’s status in hip-hop would be pointless. Any self-respecting fan—​scratch that, anyone who claims to be down with the knowledge knows what the man, born Corey Woods, is all about. There’s simply not enough time in the day to cover his expansive career. Whether it’s his imposing figure in the mighty Wu-Tang Clan or his classic album, Only Built 4 Cuban Linx—​which is practically essential listening, these days—​this Staten Island New Yorker has more than earned his place among the pantheon of hip-hop greats. Yet, relying on classics from hip-hop’s so-called "golden age" will only get you so far in this industry. Rae himself will tell you that "you’re only as good as your last hit."

That is the type of mentality and ethos that has allowed him to remain relevant in a genre that’s quickly forgetting its innovators and pioneers. While others may fizzle and die out at some point after their time in the spotlight, Raekwon has remained ever present—​perhaps, not so much at the forefront but still in plain sight for everyone to see and hear. Seriously, who else can pull off a track with Justin Bieber and come out with his reputation unscathed? With a new (and most likely last) Wu-Tang LP—​A Better Tomorrow—​finally on the horizon, Complex UK caught up with the rap star before his set for ALIFE Sessions in London, to talk about the album and a few other pressing subjects.

Being in this industry for so long, what’s the best lesson you’ve learned that’s allowed you to remain relevant and keep coming back to perform in places like the UK?
One of the best lessons I can say I’ve learnt in this business is, you have to work hard. Sometimes, people think that working hard is only in the moment. But you've got to work days, months, and years to get that success that you’ve been looking for. I know, for me, being a guy that just came up, you get overwhelmed by the fame and fortunate right away—especially when you come in and you blow up. You can’t get lazy, you can’t stop, you can’t be stagnated. A lot of artists got to know that it ain’t just about being a good artist; you've got to be a good business man, you've got to strategise, you've got to know how to make the situation bigger than it is. You should always be on your grind and deliver content and do it for fun, too. At the end of the day, it’s so easy to lose if you don’t stay focused.

Wu-Tang Clan have one of the most unique fan bases, particularly here in the UK—it’s almost like a cult. What do you think makes your fans so special?
I think that they just know that we get on and we play, for real. I came up under the best emcees that are legendary, timeless, and have all done it. So, for me, it’s like I have to do it on that level. I can’t get in and just do it like I’ma do it from a cosmetic perspective... I have to be true with it. You can’t get caught up in the money—​even though you want to make money—because it’s a sport. I remember being on a plane and reading a magazine where Michael Jackson said something like,  "There's no more authenticity." I was in total agreement, cos it was something I'd been thinking for a long time. 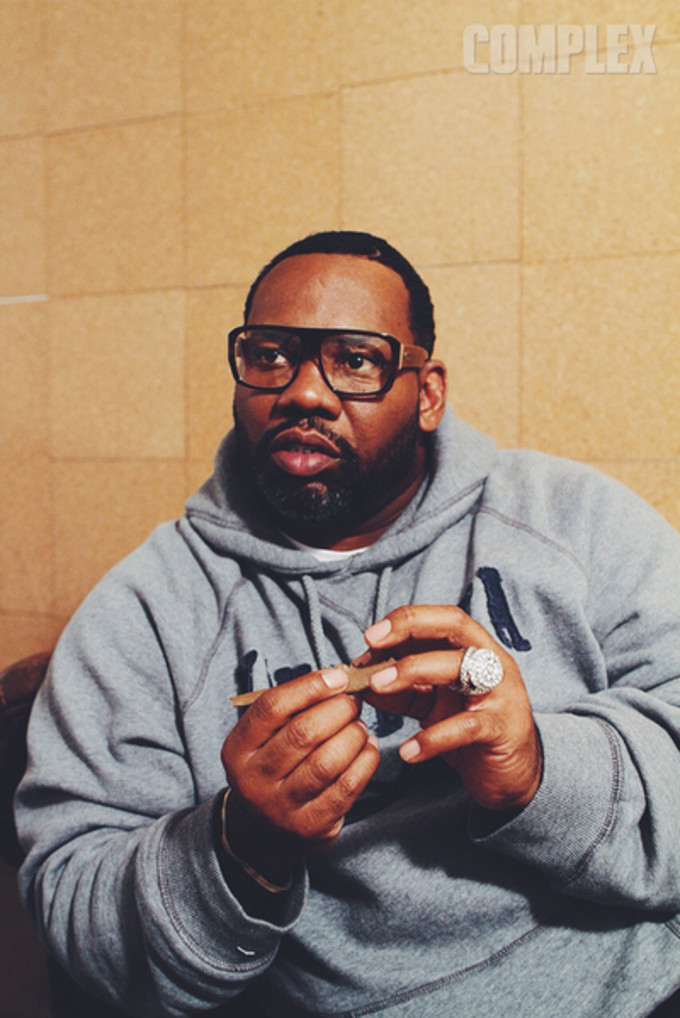 George Ergatoudis, who is the head of music at BBC Radio 1 and 1Xtra, said last month that "albums are edging closer to extinction." For someone who’s made a living off of classic albums, do you agree with that statement?
I understand what he's saying. Everyone doesn’t believe that classic albums can be made because of the direction music is in right now. But there are still lanes to make classic albums, and I’m not just saying as one person, it’s all just about talking to your artist. That’s why I look at social media being a good thing because it gives you an opportunity to see what people feel before you make your move; knowing what you've got to do as an artist, not as a rapper. When you’re a rapper, nine times out of ten you’re told how to rap from the labels. But an artist, he goes with his gut, he goes with his heart and it just makes sense because you know that’s what he stands for.

Do you think the labels control a lot of these artists today?
Absolutely, because they control what’s being heard daily. The stronger your label is, the stronger you will be. All they need is an artist that gets it and understands, and they can go out there and take the climate of your record and then push it to be what it can be based on what they’re feeling. But is it genuine? I don’t know. I don’t feel like the labels are genuine, and that’s not a mystery. The people who run the business, it’s like The White House or Buckingham Palace with the Queen: everything is what she says it is. It’s all about product, and placement, and where you fit in. It’s about power, man.

What’s your feeling on the current racial tension in America right now, and the recent deaths of Mike Brown and Eric Garner at the hands of the police?
It’s sad, man. I had a friend who got killed like that. The police chased him, they grabbed and caught him, and they smothered him. He couldn’t breathe, and they didn’t care. It’s up to us, really, to get justice. Eric Garner is from Staten Island and I send my condolences to his family because he went out messed up! The cops, they heard him say that he couldn't breathe. Sometimes, these cops with they’re badges think that they’re invincible to any kind of law.

You could’ve hit him with the zapper or taser, but you chose a different kind of force and took that man’s life away—​he had kids, he was a father. So, my thing is, who’s responsible for that shit? I have an 11-year-old son and he really doesn’t understand what the cops are about. When he sees me talking to them, he gets nervous and I just have to tell him, "Yo! They’re not here to hurt you, man." But it’s just the image they project so I just tell him, "You've got bad cops, you've got idiot cops, and you've got fucking smart cops."

Justice definitely needs to happen for the cops who dealt with Mike Brown. He wasn’t trying to shoot at them, and it’s the same thing with Trayvon. He wasn’t shooting at nobody, he just had a hoody on. Come on, man, you can’t judge us based on the way you feel we may look, and, a lot of the time, these cops do that. Look what happens... Everybody loses. You took someone’s life and that’s not good. It takes a nation to make them understand, and that’s why I salute all the people out there campaigning day and night for justice to be served.

The new Wu-Tang Clan album, A Better Tomorrow, is coming out soon. You weren’t on board with it, previously, so what did it take for you to finally get on?
It took knowing that my business was done correctly, really. And to be honest, there are still a few loose screws that need to be welded in correctly. I love my brothers and I never want them to feel like I don’t love them, but the way I handle my business may not be the way you handle yours. Every man needs to handle his business the way he needs to but, right now, at this point, it’s in the yellow mark and I’m trying to get it to go green. Like I said, I love my team but a lot of people wouldn’t understand the pressures that come with being in a group with so many minds and having to deal with so many things.

Can we assume that this would be the last Wu-Tang album, then?
I can’t say if it’s not, but Wu-Tang will always be forever—​that’s automatic. Just because someone said it might stop, it might not. It’s all about the seasons and how we feel at the end of the day.