To coincide with his upcoming tour and the ongoing 20th anniversary celebration of Illmatic, Nas is giving fans a chance to catch his Time Is Illmatic documentary during a one-night-only screening in select theaters nationwide on October 2. The film, which gives viewers an inside look at the making of Nas' timeless classic album, Illmatic, will then be available on iTunes, and other on demand providers starting October 3. During the tour, which also kicks off on October 2, Nas will be showing a special screening of the documentary to the crowd before he hits the stage. The full list of theaters that will be screening the film can be seen below, and ticket information is available here. 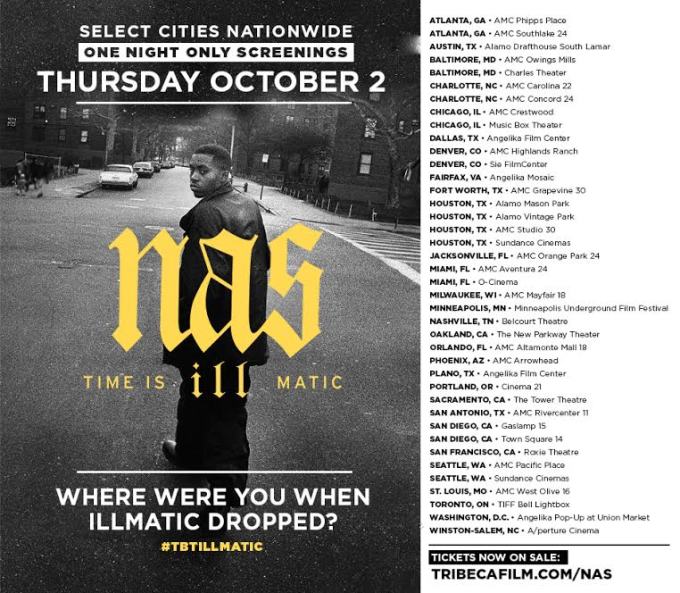