A few weeks back, Insomniac made it official, announcing their deal with Interscope to launch Insomniac Records. While the announcement is big enough, the only news we got regarding releases was that Arty was the first artist signed. Today it has been announced that Destructo, aka the man behind HARD, has signed a deal with Insomniac Records. This deal will not only include the release of a YG-featured single "Party Up" on June 16, but the release of Destructo's West Coast EP this summer. It's part of his new sound, "G-house," which he highlighted on his remix of YG's "My Nigga" three months back. All of this will coincide with Destructo's West Coast World Tour, which actually kicks off tonight (June 5) in Portland, but will take Destructo from Canada to New York to London and Tokyo. Check out a preview of "Party Up" below, as well as the dates for his West Coast World Tour. 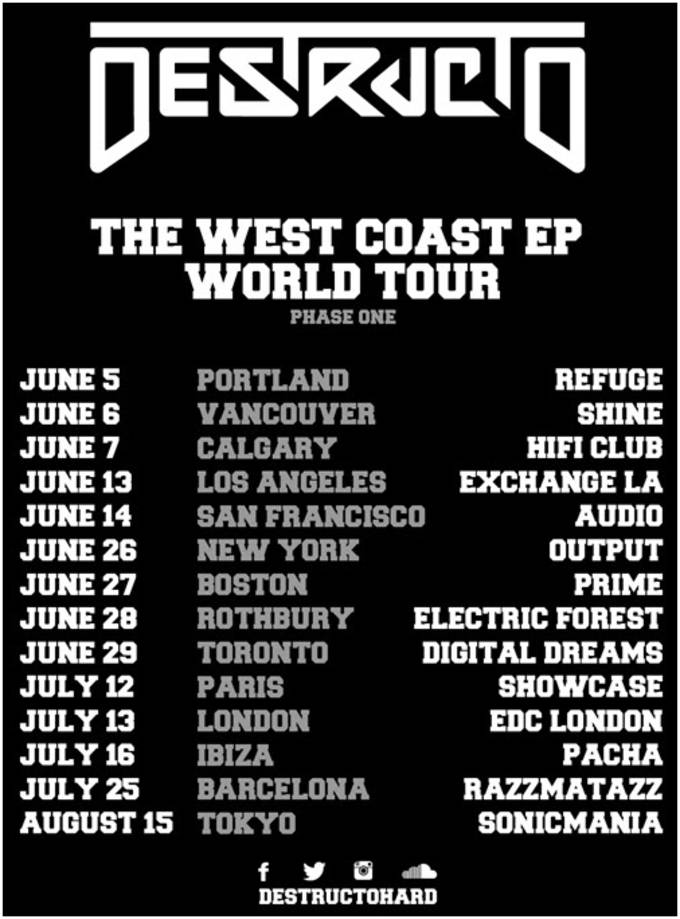