It’s hard to believe it’s been a year since the passing of A$AP Yams, but one thing is clear—his legacy will never be forgotten. Looking to pay tribute to the late hip-hop tastemaker and businessman, Stüssy is releasing an exclusive design in his honor.

The limited edition shirt features simple text on the front that reads “Long Live A$AP Yams” and a back graphic print with a photo of Yams himself. All proceeds from the shirt will go to the Always Strive And Prosper Foundation created by Yam’s mother.

The tribute isn’t limited to just a shirt. On the anniversary of Yams’ death, a memorial concert featuring A$AP Rocky and the Mob, Flatbush Zombies, Joey Bada$$ and others is being held in New York. “His moms just wanted to do something in remembrance of her son. She loves to see A$AP together because it reminds her of her son, and she loves to see all [of] Yams’ friends,” A$AP Ferg told Village Voice earlier this week.

The special shirt is limited to 500 units and will be available on Jan 18 (YamsDay) at the Stüssy flagship store in SoHo or at the concert venue, Terminal 5. 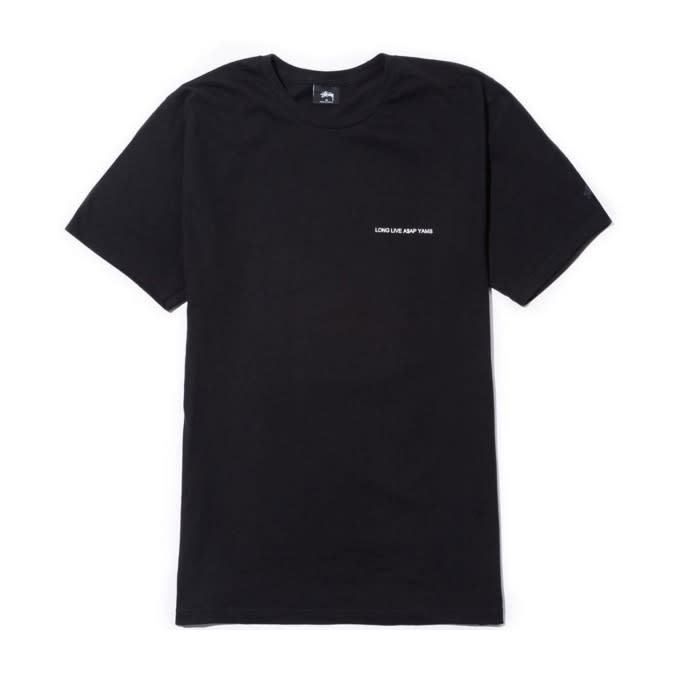 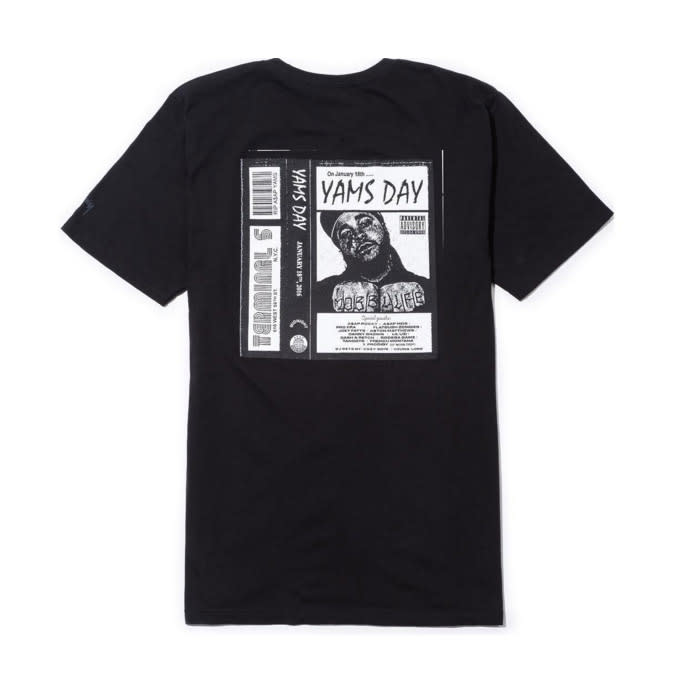