Think you had a bad morning? At least you weren’t a middle-aged dude who woke up with a surprise tattoo on his face.

According to an article published in the Sun, an unnamed man from the U.K. had risen from a drunken night only to discover he had a pair of Ray-Ban sunglasses drawn on his face. Initially, the 50-something-year-old thought it was a prank done with a black marker; however, once he tried washing the ink off, he quickly realized it was permanent. Someone had given him a shoddy tattoo around his eyes and across his temples without him even knowing it.

“I had no memory of getting the tattoo because I had gone out celebrating and when it happened I was drunk,” he told the Sun. “When I first came home, obviously I was subject to a lot of stares, but I kind of got used to the tattoo and decided not to get rid of it.”

But one night, his bizarre tattoo received much more than a few stares. A fellow patron at a pub had called the man out and began making fun of his piece, which also misspelled the eyewear brand as “RAYBAN.” So, the next day he decided to get the unsightly ink lasered off.

“I really started to think about what my family and friends thought,” he explained to the Sun. “I didn’t want them to be embarrassed when they were out with me, so I decided there and then I was going to get it removed.”

Two years and six laser procedures later, the man has removed most of the tattoo with minimal scarring. He says the process “was amazing” and that many of his friends were shocked at how well the treatments actually worked.

All in all, it seems like a happy ending. But let this serve as another warning about the dangers of getting way too turnt. 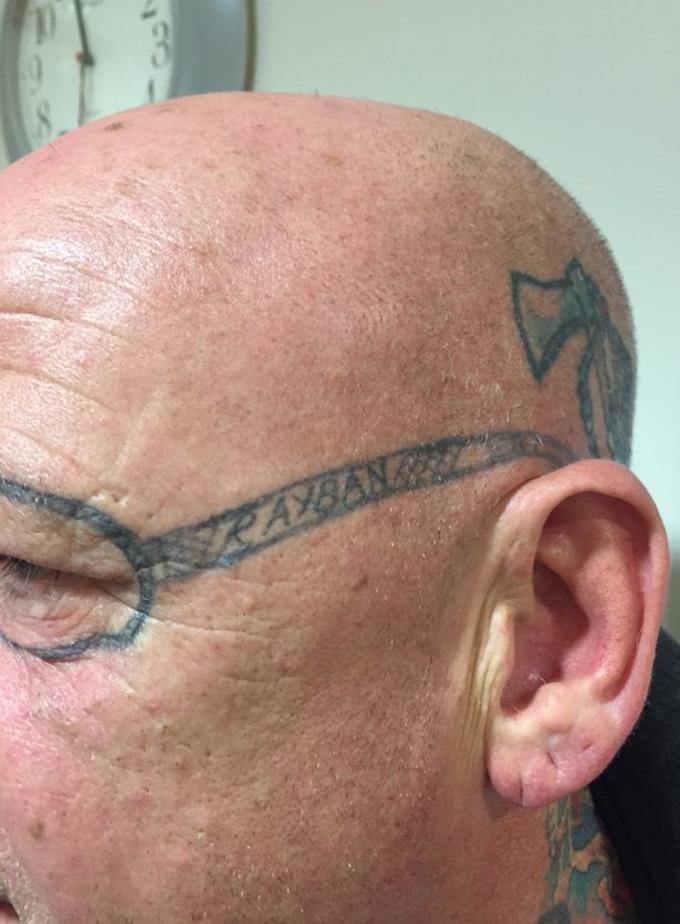 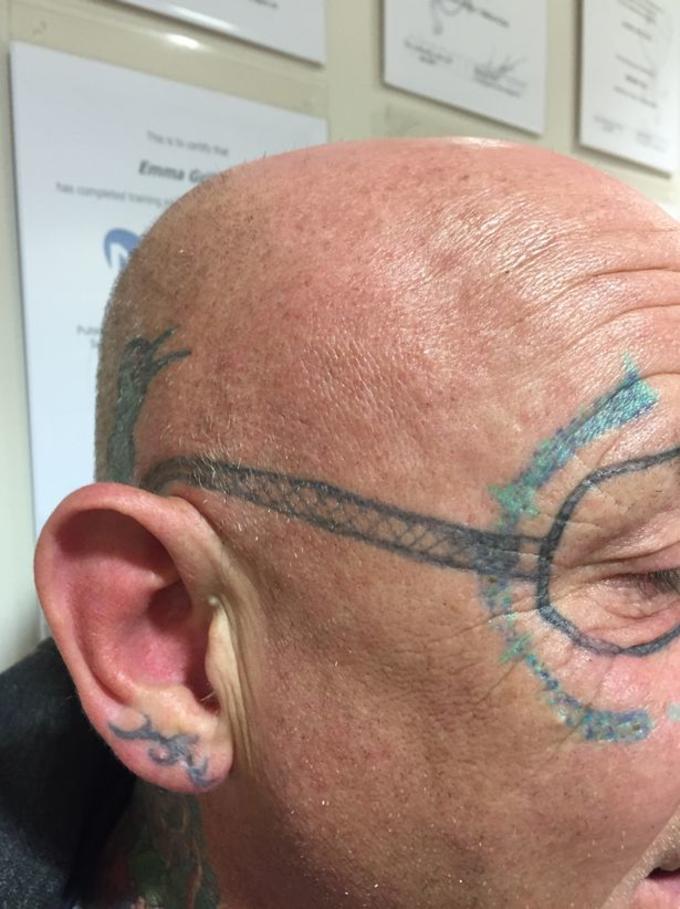