For a long time now, we've used our humble eyes to come to the easy conclusion: black is by far the best color for clothing. Now, a study has confirmed that wearing black makes you appear more attractive, intelligent, and confident, the Independent reports.

The study surveyed over 1,000 people to find which colors they most associated with certain qualities. Black came out either first or second in every positive category, and also was not thought of very often in terms of negative qualities. Sixty-six percent of women thought black was the most attractive color on a man. These results held true the other way around, too, as 46 percent of men (the largest majority out of any of the colors) also preferred black on women.

Red was second as the color that is most closely associated with confidence. However, people also most tied the color red to arrogance and only 12 percent of responders thought it marked intelligence. The colors least associated with intelligence were yellow, orange, and coming in dead last, pink.

The survey was conducted by UK retailer buytshirtsonline.co.uk. Researchers would show survey participants almost-identical photos of a member of the opposite sex where the only thing different was his or her shirt color.

Based on these findings, we hope you were able to cop the murdered out Yeezy Boosts over the weekend, or have copped a couple pieces from The POOL Aoyama's Melanism collection, which is an exploration of the color black. 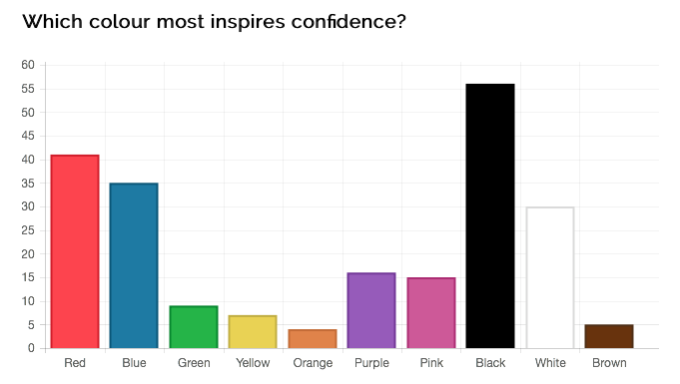 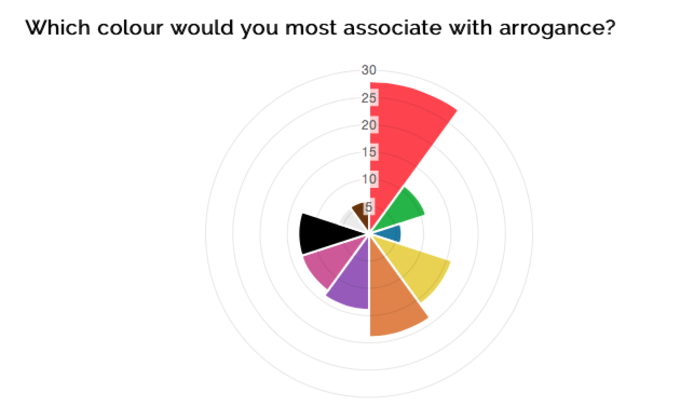