Last November, Rick Owen’s wife, Michèle Lamy, linked up with Parisian architect David LeClerc to begin creating a temporary gathering space that included everything from a restaurant to a recording studio to a theater. It was an extreme endeavor that was intended to be a part of the 56th Venice Biennale. However, Lamy had one requirement she wouldn’t compromise: The space had to be on water.

After conducting a search, Lamy and LeClerc discovered an underused quarry-stone-transport in Venice, and decided it was going to be the home for the new space, titled the Bargenale.

The vessel was gutted out and transformed, but still had a distinct industrial vibe running throughout. There was a kitchen that served brunch and late lunch, a stage for live performances, and even a studio that A$AP Rocky had utilized.

But according to Owens, Lamy’s intentions were a bit vague—insisting it was more likely about the experience the space had provided.

“I’ve tried to figure it out myself,” Owens told The Guardian. “There is someone here filming—is it a film, a performance, a restaurant? I think she’s just the mother hen. Her instinct is always to build a nest for everyone to come together, where she can hatch her little chicks and watch them grow.” 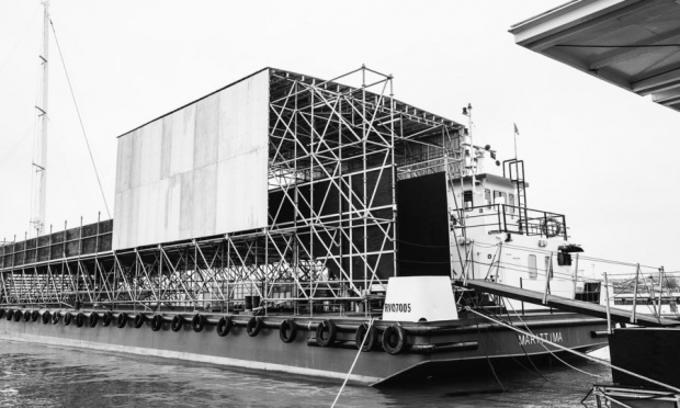 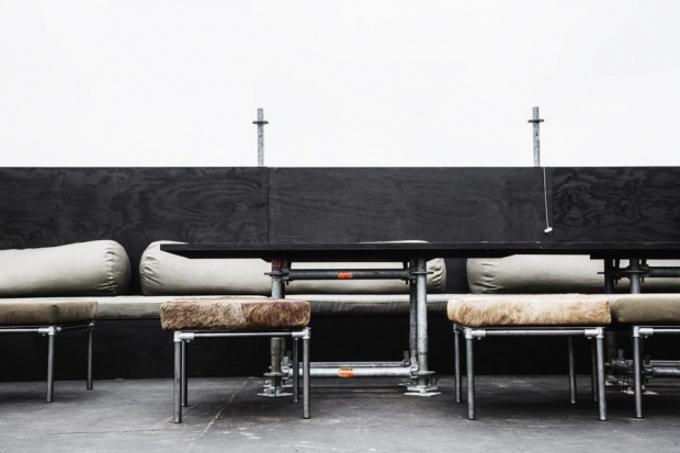