In the midst of the chaos that is London Fashion Week, Yeezy took the time to pay a surprise visit to British designer friend Katie Eary's pop-up store. The two are friends and have worked together before—Eary collaborated with Kanye on his debut fashion line in 2011, and has also defended him against fashion critics in the past.

This morning, Kanye and creative director Virgil Abloh casually popped into Eary's pop-up store in London's Soho district, where Kanye apparently took the opportunity to play his new album throughout the store. Trust Yeezy to turn a surprise visit to a friend into an impromptu listening party of his music.

Understandably, Eary and friends were hyped over the fact they got to preview the highly anticipated new album, and took to Twitter to thank Kanye for his visit: 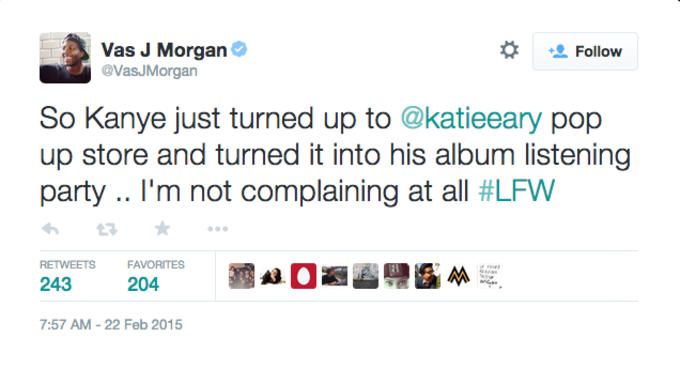 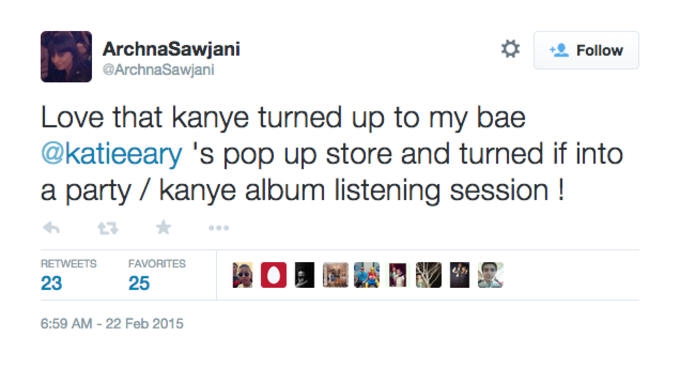 The only question that remains: when do the rest of us get to hear it?