Earlier this week, Derek Fisher got some really bad news: The Knicks were firing him. But a short time later, he also got some good news: Fisher getting fired meant he would have plenty of time to accompany Matt Barnes’ ex Gloria Govan on a trip of some sort.

Fisher—who got into an altercation with Barnes last year as a result of his relationship with Govan—was spotted standing alllllll the way in the back of a photo that Govan posted on Instagram last night. But everyone still saw him, especially with the big smile he had on his face: 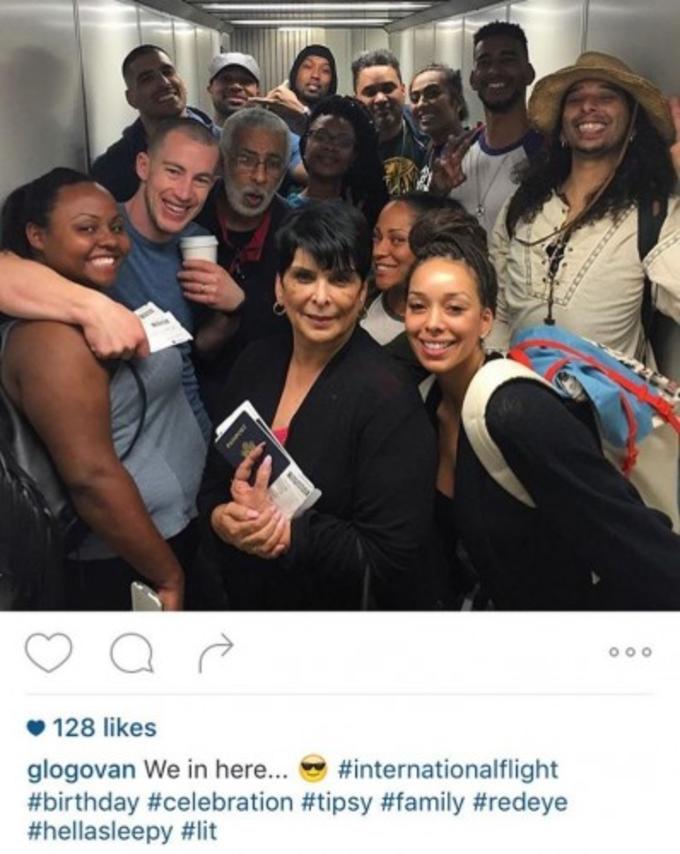 Govan deleted the photo a short time after she put it up (did she not think anyone was going to notice Fisher?) but it lives on thanks to the Internet. Enjoy unemployment, Fish. Not that we need to tell you that.

Did Matt Barnes Throw Shade at Derek Fisher on Instagram Without Actually Saying Anything?