The biggest issue surrounding the NFL, both in it's past and its survival in the future, are concussions. From the discovery of CTE and its connection to concussions to the movie of the same name starring Will Smith about to drop this Christmas, concussions follow the NFL around like a shadow. So it's continually head-scratching how poorly the NFL seems to deal with its largest injury threat.

New York Giants wide receiver Odell Beckham Jr. was absolutely crushed on a hit by Dallas Cowboys safety J.J. Wilcox as he tried to catch a ball in the middle of the field early in the first quarter of the two teams' Sunday Night Football matchup. Beckham Jr. looked completely dazed as he attempted to get up, even walking over to the wrong sideline before making it back to the correct one. He didn't look much better when he went off to the sideline, as the picture below shows. That is not the look of a man ready to come back in. 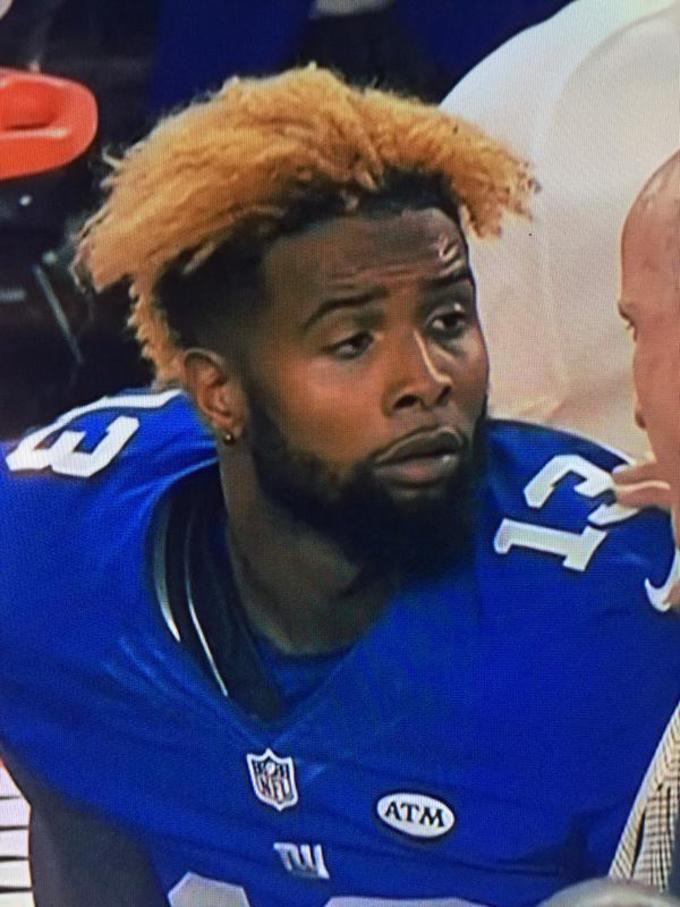 But NBC sideline reporter Michelle Tafoya reported immediately after Beckham Jr. went out that he refused to have a prolonged chat with the Giants' medical staff, and came right back in two plays later without going through any concussion protocol whatsoever, which is borderline ridiculous. Until the NFL corrects issues like this, concussions and how the league deals with them will continue to be an enormous thorn in the NFL's side.

Will Smith's NFL Concussion Film Will Release on Christmas Day