Fans hoping to tune in to Luis Suarez's debut for Barcelona in the El Clasico next weekend will miss the first 15 minutes, with Sky Sports coverage not starting until 5.15pm.

Next weekend's game between Spain's biggest rivals kicks off at 5pm but broadcasting rules in the UK means Sky Sports are unable to show any live football until all of the regular Saturday games have come to a close.

No live football can be broadcast on a Saturdays between 2.45pm and 5.15pm in a bid to protect attendances at 3pm matches. 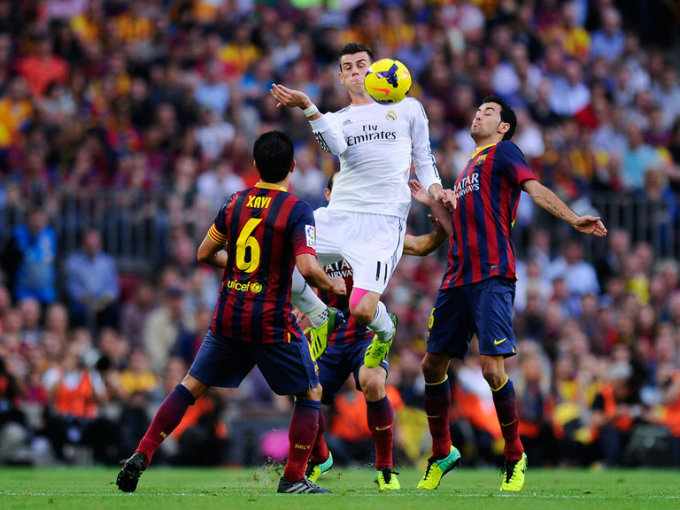 The rule – which dates back to the 60s – also affected the first El Clasico from last season, which saw Gareth Bale line up against Barcelona in Real Madrid colours for the first time.

Luis Suarez – who has been banned for four months following his bite on Italy's Giorgio Chiellini at this summer's World Cup – could feature for the first time after his £75 million move to the Catalan giants from Liverpool.

Fear not, football fans: Sky Sports will be showing the build up to Swansea Vs. Leicester from 5pm.