Last holiday season, Kanye West and Kim Kardashian made good on their promise to donate 1,000 pairs of sneakers to the Soles4Souls charity. As if that wasn't already an extremely dope gesture, we're learning that the power couple saved a few special pairs to be sold via auction.

According to Vogue style editor Edward Barsamian, a pair of "Oxford Tan" adidas Yeezy Boost 350s signed by Kanye will be up for grabs starting tomorrow in an eBay auction that will once again benefit Soles4Souls. Meanwhile, Sneaker News pointed out that a pair of snakeskin heels signed by Kardashian (pictured below) will also be up for the taking.

It goes without saying that neither shoe will be cheap, but unless you're willing to hang out outside of Kanye's apartment, this could be your best chance at getting a pair of signed Yeezys, plus the money will go to a great cause. 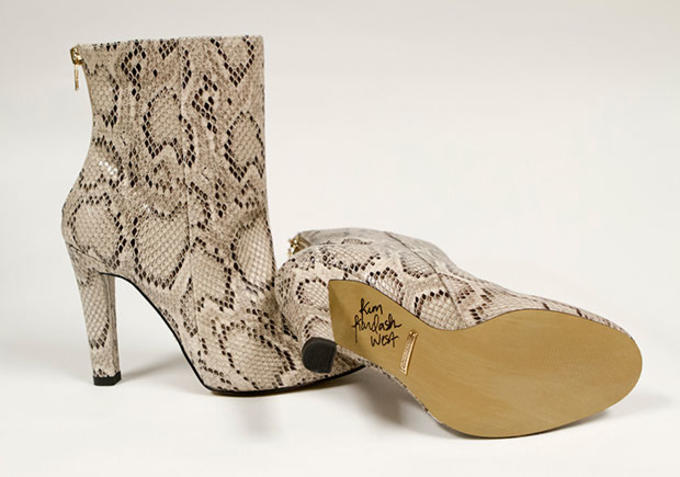