Boris Johnson has finally been ridiculed in an episode of South Park.

The bumbling Foreign Secretary made a cameo appearance in the latest episode of the animated comedy, which is now in its twentieth season.

Boris made an on-screen appearance as part of a current storyline mocking the recent election of Donald Trump as president of the United States.

Boris Johnson is seen standing in front of a collapsing London. 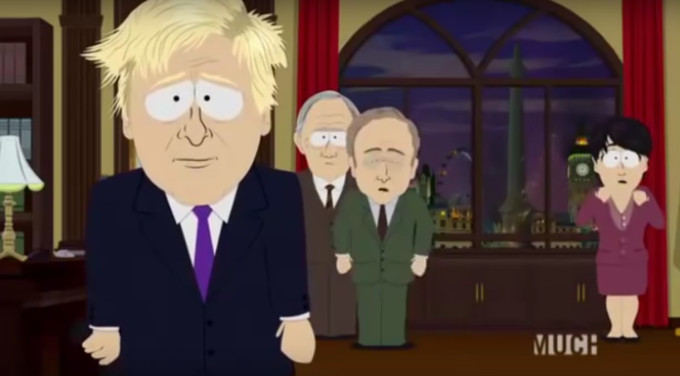 In the episode titled "Members Only", Boris is seen standing in front of a post-Brexit London that's literally in flames. He tries to explain Brexit – and American politics right now – on something called "memburries" (we're sure it makes sense if you've watched the rest of the season).

At least we now know how Trey Parker and Matt Stone really feel about Brexit.