The Simpsons have a new song about one of America's worst fictional towns and they've shared it on YouTube before the premiere of tonight's episode that guest stars Pharrell Williams.

Of course, there are a few things to like about Springfield; apparently they haven't had a circus fire in months, and they're conveniently located off the interstate, so there's that.

Also, the "Ssong gave us this amazing screen grab of not-trending Twitter topics: 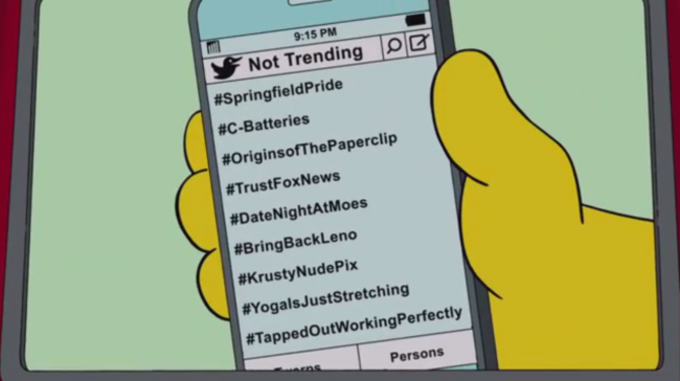 The Simpsons x The Hunger Games

According to the episode summary from Fox, when Lisa learns Springfield's anthem was stolen from another town she writes a replacement. Producer Al Jean told Entertainment Weekly that Pharrell's guest spot includes him offering to write a new anthem for the town, but we're not sure if it's supposed to be this one.

"Springfield, Why Not" was written by Simpsons writer Michael Price and Asa Taccone from The Lonely Island, which explains why it's hilarious.