If you're watching TBS re-runs of Seinfeld you might've noticed that the slap bass was slightly sped up. Well, the whole show has been. At a non-astronomical increase of 7.5% TBS can get get an extra three-minutes of commercials. And for one of the most watched shows in syndication, that's a bonus for them. But yeah, George Costanza (Jason Alexander) does seem almost 8% more crazed than before.

The reason? Shows from the Seinfeld-era had a 25-minute run-time, allowing five minutes for commercials. Now it's standard to run for 22 minutes, and have eight minutes of commercials. Older shows in syndication are being forced into that 22-minute box. And Seinfeld isn't the first casualty. Older episodes of The Simpsons have been edited down to fit that run-time. But in more of an executive cigar-puff move, TBS said "giddy up" and hoped no one would care. It's better than losing the minutes, but added advertising is always annoying.

In the video above, a crafty viewer set up a newer, faster episode and the same original episode side-by-side and—while it may allow more commercials—it does allow less time for each joke to settle. But then again, watching anything with a laugh-track now is a little jarring.

Regardless, new generations that are discovering Seinfeld are not likely to be phased by the speed of the show, especially if they've grown up with the fast-paced jokes of shows like Family Guy. They're more likely to be confused by how high Jerry wears his jeans. And that tucked-in shirt, too. 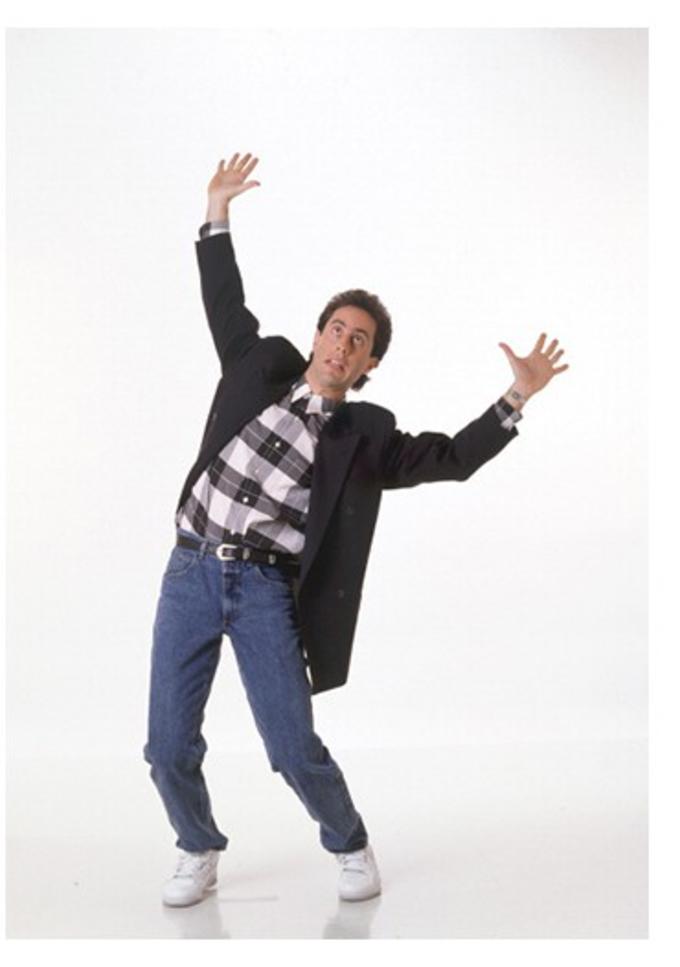