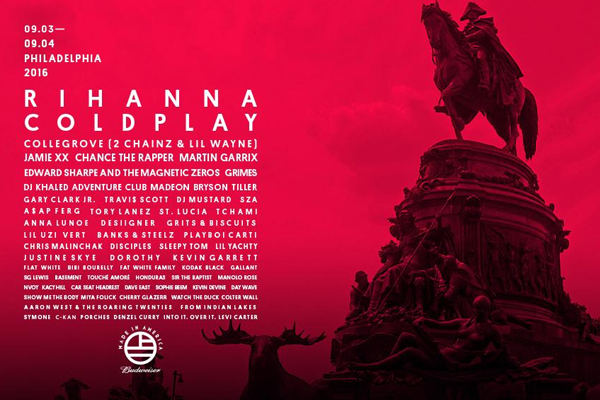 Made In America festival has announced its 2016 lineup, and it looks like one of their strongest lineups yet. Due to take place this September in Philadelphia, the festival will see Rihanna and Coldplay as the headliners. Also featured this year is 2 Chainz and Lil Wayne performing as Collegrove, Jamie XX, SZA, Chance The Rapper, DJ Khaled, Grimes, Travi$ Scott, A$AP Ferg, Desiigner, Kodak Black, Lil Uzi Vert, Lil Yachty, and Denzel Curry among many more.

It’s a pretty stacked lineup, looking like one of the festival’s best lineups yet. In 2015, the headliners included Beyoncé, The Weekend, and Modest Mouse among others. Presale for this year’s festival will go live via TIDAL on June 22, with general sale to follow on June 27. More information regarding the festival’s tickets and lineup can be found here. The multi-genre event will take place on September 3 and September 4 at Benjamin Franklin Parkway, and is curated by Jay Z.

The Liberty, Tidal, and Rocky stages at the festival will be live streamed on Tidal for subscribers. The vice president of Budweiser told Billboard, “Budweiser invests in fan experiences at music festivals because they have become more than just places to hear live music—they are cultural moments where people expect to also experience their other passion points, like food, design, technology, and of course, ice cold Buds.”

Check out the full poster for the festival below. 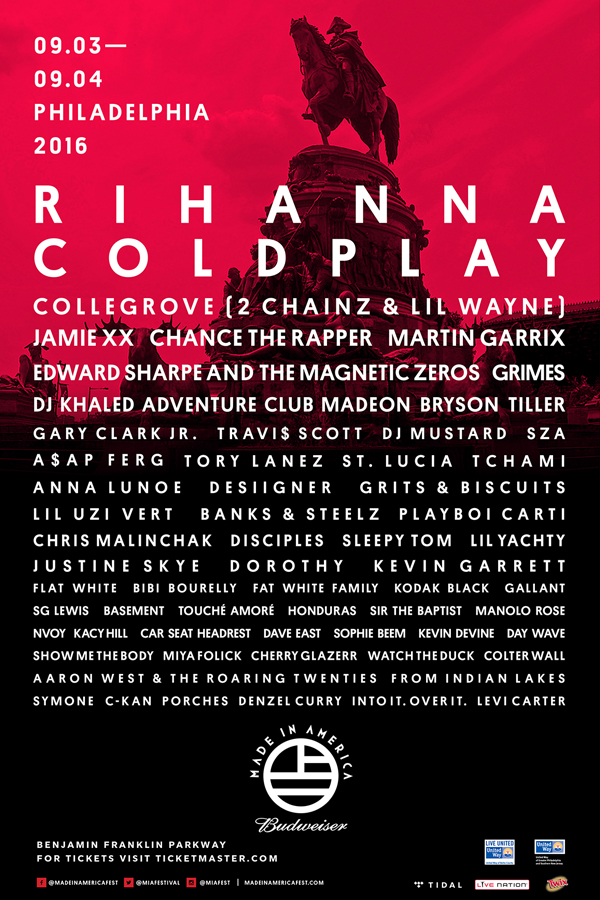