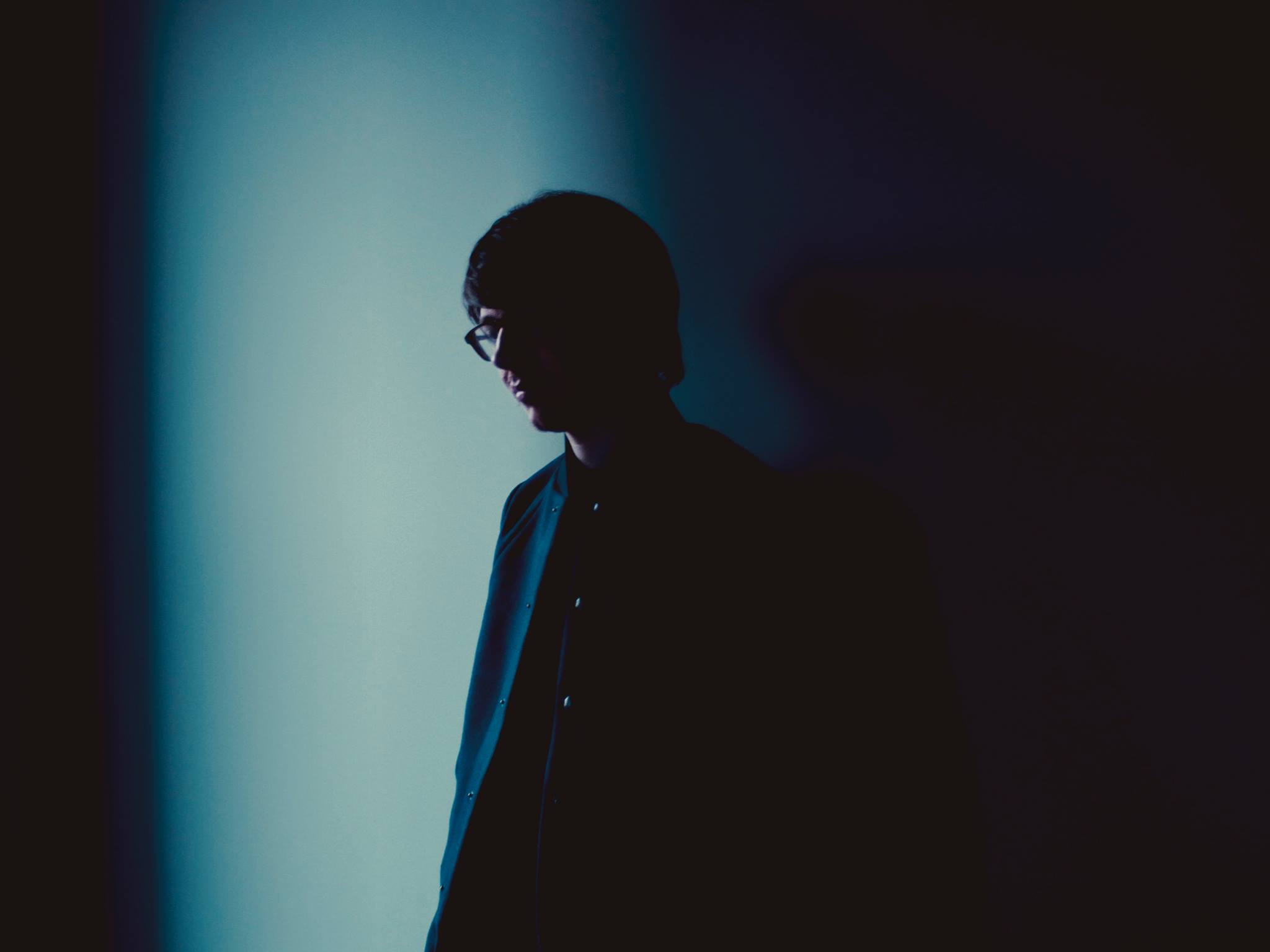 We don’t cover dance and electronic music all the time on Pigeons & Planes, but when we do, we bring you the best of the best. Each month, Plugged will take a look at certain aspects of the electronic landscape, filling you in on the artists, scenes, and music that you should be paying attention to, whatever your taste.

When people think about the French electronic music scene, there’s usually one VERY specific duo that people like to bring up. There’s a dope movement going on over there, and it’s encapsulated in the sounds of Club cheval, a foursome that features a producer we’ve heard a lot about in 2015, Canblaster. Whether it’s his intriguing collaboration with Lido, Superspeed, or an invigorating ode to a video game series, Canblaster isn’t just operating on a different plane than what you might consider “French beats,” he’s off in his own world.

We caught up with him days before the release of his video game-inspired EP Continue? (which is out now on Pelican Fly), but just before he and the Club cheval crew make their debut live appearances in the U.S.. We delve into his history as a producer, the concept and creation of Continue?, and he even teases what his future holds.

How did you first get into making music? Who were some of your influences?
I started around college just doing music for video games. I was using this program called BM98 (named after a DJ simulation game called Beatmania). I would compose strictly from samples from other songs, and I would send the tracks to other players, who could then reproduce them in the game by hitting the right buttons at the right time.

I was influenced a lot by Japanese music, way before realizing the strong influence of Detroit or grime in video game music. I listened to a lot of French and UK electro, too. And house, techno, and rave grooves. They were always very fast (that sweet spot was around 150 BPM!).

France has a dope history of electronic music producers, ranging from Daft Punk to Justice. Did that scene play a part in the path you took as a producer?
Yes, very important. I started composing club music instead of VGM when Justice, Ed Banger, Vitalic, The Institube crew [were coming out], and Daft Punk was coming back with this Live show, which gave so much energy to the French scene for several years and inspired a whole generation—not only here in France. Some even say that Alive 2007 was a prequel to what most EDM shows look like now, in terms of light show and interactivity music/visuals.

Some even say that Alive 2007 was a prequel to what most EDM shows look like now, in terms of light show and interactivity music/visuals.

I think one of the keys to understanding the French sound is the reinterpretation, the sampling, the transposition of other styles and medias into electronic music. Daft Punk and Justice, their sound is like that because of people from their childhood: Chic, ACDC, Metallica, Paul Johnson, Todd Rundgren, Prince… Albator by Leiji Matsumoto was on TV. They took all these influences and they made something new out of it.

So instead of copying their style, that already exists, I started wondering, “Who is my Metallica? Who is my Paul Johnson ? What is my Albator?”

Now your solo career and the Club cheval material started dropping around the same time, right? How did that group come together?
Yes, we start touring as a band now, too, which is very new for all of us! Until now we’ve just been mixing, playing records in clubs.

I’ve been touring and composing alongside Myd, Panteros666, and Sam Tiba for more than five years, but at this point we needed to bring the real instruments onto the stage! Right now—in terms of live shows—everything is over the top, and more planned. People are blinded by light shows and I feel like it’s the perfect timing to kind of strip things down and show up on stage with the actual tools we’ve used to make all this music we’re putting out. We needed something human, to suit our album.

We were working a lot on the Cc: album and live show last year, which was my first year without a solo release ever. Finally the live is rolling, we’re coming to Miami for the HARD Day of the Dead festival to show it to the U.S.! Exciting times.

Are there instances where you might be working on a song and one of them hears it and gets the whole squad working on a track? How does the Club cheval operation work?
We wanted an album with a general color rather than trying to find a recipe and follow it 12 times. Our only real rule is to try different recipes out, use different ingredients, mix it up with different cooks who may have different methods than ours, but who still lean toward the same taste ideals. Sometimes one of us works alone late at night, and another one of us will come in the early morning and continue working on the track. Then one more will arrive in the room and completely change the direction of the track, or loop something. It’s a constant build up and tear down process.

2015 saw a pair of Club cheval singles, including the heavily-remixed “Discipline.” We got word that you guys had linked with Warner Bros. in some capacity. Can you break down what’s on the horizon for Club cheval?
Yes! The first show in the U.S., for HARD’s “Day of the Dead” in Miami; we’re really excited to finally show it to you guys! There’s a lot of gear so it’s not easy to transport from France. We’re really focused on the show, reworking everything all the time, adding stuff between gigs…

And of course the album is out early next year. And I’d really like to see another single out before the end of the year !

2015 also saw the release of your Superspeed EP with Lido. What made you two want to hop in the studio on what feels like a properly-themed release like this? Who’s idea was it with all of the speed and time references?
The idea was originally from dj Slow. He kept telling having both of us in the studio would be amazing, and we were all digging each other’s sounds.

The name “Superspeed” came really early. And four years ago I did an EP called Master of Complication, [with] tracks like “Clockworks” or “Timemaster’s Chronicles,” using a lot of clock sounds. Then I noticed Lido used a lot of them too in his tracks, but in a more subtle, pop way. So we discussed this idea of doing this themed EP together, recorded around 10 songs and chose our favorite ones to do the EP.

The songs that didn’t make it to the EP (mostly piano tracks, probably more mature in the mood and sound design too) can all be found here:

All of this leads into Continue, which is out now Pelican Fly. I know you’ve talked about being a gamer and how you started making music on the Playstation years ago. You said that Continue is a soundtrack for a video game that doesn’t exist. Do you have an idea of what the video game for Continue would look like?
The video game for Continue? cannot exist in my mind. If it did, it would require the player to do too many things at the same time. And I’m the composer, so I’m picturing music for games, not the other way around. I used to have a lot of aliases depending on the style I would produce. One for house/jazz, one for IDM/drillcore, one for ethno-hardcore, one for weird sample techno at 145BPM… but Canblaster was still my core project.

Was that a concept you were actively seeking in producing and arranging the tracks on this release?
Not really, it came naturally. The state of mind during this EP was to do some EP that would do justice to Pelican Fly. From the music they released before (Sinjin Hawke, Cashmere Cat, Lido, Richelle) I knew they were an open-minded label and we were not gonna just say “Do a banger and shoot a video for it”.

This EP is generous—it’s a 30 minute, eight-track EP, but really maybe it’s more like 30 little tracks of 30 seconds to two minutes each. It took me about one month to do the whole EP, and almost half of it just listening to music before even touching the synths, knowing where I wanted to go. It’s probably my last EP before my first album, [and] I wanted to widen my musical palette a little more.

One of the things I’ve noticed in 2015 has been producers really trying to make projects that feel cohesive, as opposed to making banger after banger. How important to you was making sure that each track bled into the next on Continue?
Yes people are going really harder and harder lately, with that “Yo I’m an artist” attitude.

I’ve always been doing EPs around themes (Time, Space, Love), this one is about Continuity of course, especially after a series of radical discontinuous mixes that I did last year (“Christmas Stories,” then the “Valentine’s Day Mixtape 2015″ with dj Slow and Sam Tiba)—very fragmented, almost a succession of short stories that work separately, but when put together they form a whole, like several levels of a same game, different backgrounds but common mechanics.

Earlier this week we premiered “Attention ! 8 Way !,” which feels like one of the most hyper, rave-influenced game soundtrack tracks on the release. Talk to us about the influences behind that tune in particular.
Well, Sam Tiba made the terrible mistake of giving me his old PlayStation, so I started playing again… a lot! I like shoot ‘em ups (lots going on on the screen! That’s what I need) and the “8 Way” concept came from there. But of course it refers to the number of tracks of the EP, too.

Eight is a cool number, very easy to divide, he looks like glasses 8) … That number’s got a lot going on for him!

What are your plans going into the end of 2015/2016 as a solo artist? Do you have any opportunities to work with vocalists or exploring other sounds?
Now that the Cc: live show is running, I really want to focus on the first Canblaster LP, and work on a show of my own. Other sounds, I wanna start fucking with guitars, it’s one of my favorite instruments after the piano but it’s used so poorly in electronic music most of the time.

And with dj Slow we started discussing doing a track with a singer, so yes, I’m working on some instrumentals; it’s the first time I do this kind of thing outside of Cc:, but my secret fantasy is still to produce for a girl band some day. The possibilities for the harmonies are amazing, I can only imagine what I would do to their voices!

One final thing: as we’re heading into the holiday season, I have to ask: can we expect a third Christmas Mixtape?
Aaaaah good question ! You know I love celebration mixes, actually as we speak I’m working on a special mix for Halloween with a secret guest who does “secret songs,” it’s the first time we collaborated, and [the plan is] to put this together before I come to the U.S..