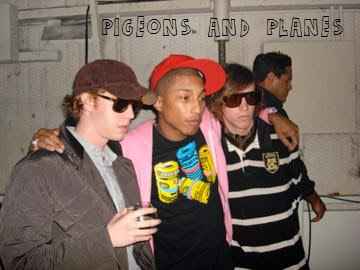 There’s so many bands out there. It’s hard to pick out which ones are worth your attention. After hearing about these guys for a while, I finally Wikipedia’ed their asses. If this Wikipedia description doesn’t interest you, then you’re bound to be months behind in the music world.<span style="font-weight: bold;"></span><b></b>

Chester French is an American pop music band consisting of two members, Maxwell Drummey and D.A. Wallach. They met as college students at Harvard University, naming their band after sculptor Daniel Chester French, who designed the statue at the Lincoln Memorial, the John Harvard statue, as well as the Minuteman statue at the Lexington/Concord battlegrounds in Massachusetts. Kanye West originally offered a record contract deal with the band, but they rejected it in favor of a competing offer from Pharrell‘s Star Trak Entertainment imprint, a subsidiary of Interscope Records and Universal Music Group.

Chester French – She Loves Everybody