There are some things you hope to never learn about your heroes, and intense racism is high on the list. While most people know Dr. Seuss for his iconic childrens' books about talking cats, a grinch who has a change of heart, and other fun subjects, there are some not-so-kid-friendly cartoons in Theodor Seuss Giegel's past. One of his early works from 1929 is included in an upcoming auction at Nate D. Sanders, and it is incredibly racist.

The cartoon was drawn for Judge magazine and it features a White man walking into a room full of Black men with a sign on the wall that reads "Take Home a High-Grade Nigger For Your Woodpile, Satifaction Guaranteed." The Black men are all stereotypically drawn with really dark skin and big red lips, so the text on the sign is just a cherry on top of an already racist image. 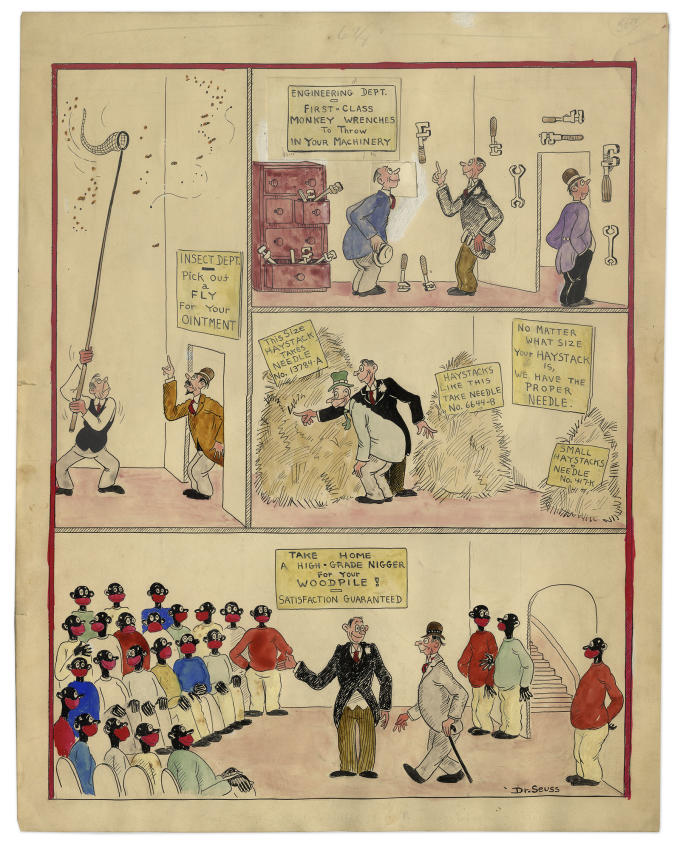 During WWII, Dr. Seuss was drawing political cartoons that denounced Hitler and (mostly) promoted equality, but he clearly had different ideas in the late 1920s. The drawing is expected to sell for $20,000 and is obviously an important part of history, but damn...probably not the kind of Seuss art you want hanging in your home.