After scoring two goals on his Manchester United debut against Norwegian minnows FC Midtjylaand last week, the 18-year-old forward made his Premier League bow against Arsenal, where he scored another brace to give United the bragging rights over their old rivals.

One day after the win, Rashford turned up at college to continue his A-Level studies – but to those in the know, he's actually been schooling his opponents on the pitch since Christmas.

Rashford has been banging in goals for United's youth teams.

United are reported to have pipped local rivals Manchester City to Rashford's signature in 2014, where he quickly made his name in the club's U18 ranks with four goals in the club's Milk Cup campaign – which is a tournament for international football's brightest youth teams – months later.

He scored his first goal for the club's U21 team shortly before Christmas and hasn't looked back since, training with the first team on several occasions and earning a place on the bench for the first time when United defeated Watford in the Premier League.

Rashford comes from the same childhood team as Danny Welbeck. 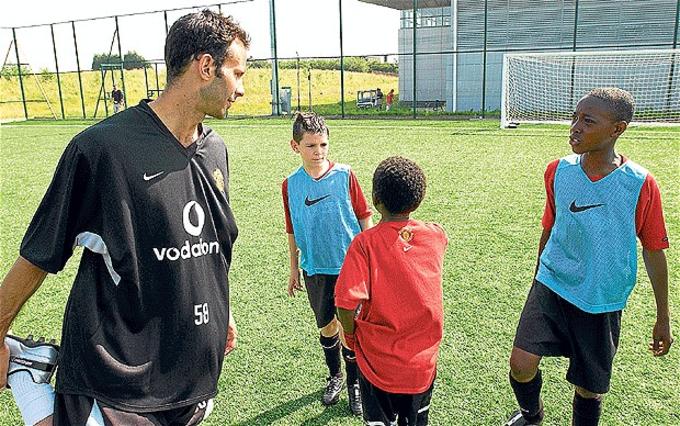 Most United fans were unhappy to see Danny Welbeck, a homegrown player who was considered one of their own, leaving for title rivals Arsenal in the summer of 2014.

Like Welbeck, Rashford scored on his senior debut and he even comes from the same junior club, Fletcher Moss, which also gave United the likes of Wes Brown and Ravel Morrison.

United legend and the club's Academy Director, Nicky Butt, was one of the first to go on record and hail Rashford's talents:

"Marcus is explosive. He's a very talented boy but a good, hard worker as well. He's a good lad to have in the side because he puts in a shift for the team. He's explosive and he scores goals."

No teenager has made this kind of start to their Premier League career since Wayne Rooney...or Federico Macheda.