Here's an early look at Manchester United's potential kit for 2016/17.

The ever-reliable Footy Headlines have come through with the first leaked image of United's wear for next year and from first impression, it's an incredibly clean kit.

The shirt features a strong half-and-half design with two tones of red. Interestingly, the adidas three stripe motif has been switched to the side of the shirt instead of the sleeves.

Here's the first artist's impression of the shirt. 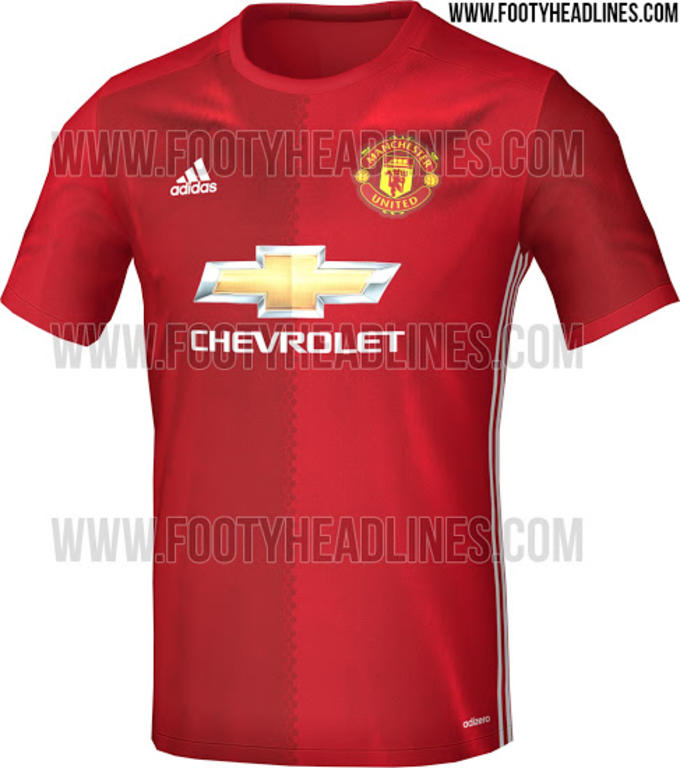 If accurate, we can expect this shirt to debut during Manchester United's final home game of the current season.