Wednesday's contest between the Knicks and the Hornets had one of the night's most thrilling finishes. With the game tied at 93, Charlotte's Cody Zeller cut to the basket and scored on a tough lay-in to put his team up two with just 0.6 seconds remaining on the clock.

That's enough time to catch-and-shoot by NBA rules, and that's exactly what Kristaps Porzingis did. As soon as he received the inbound pass, the seven-footer rose up and drained a 28-foot three-point shot that appeared to be the game-winner just as time expired.

The referees went to the video review, however, and correctly ruled that the ball was still in his hands after the buzzer had sounded. 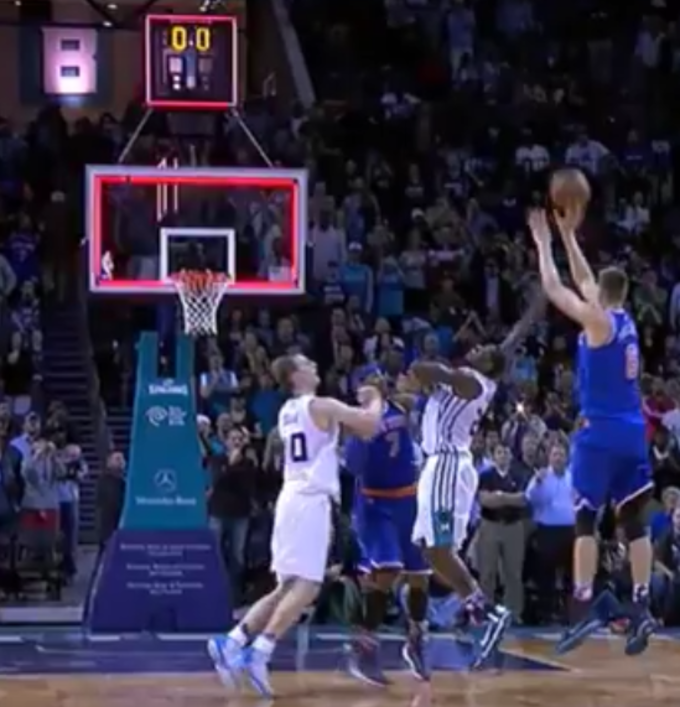 “As soon I let it go, I thought it was going in. I thought it was good. We all celebrated, but it was late so it’s tough,” Porzingis said, via the New York Daily News. “It was a big moment for me. That’s a shot I’ve always dreamed of – a game winner. So it’s always tough for me, but we have another game soon. And maybe I’ll have another shot like that and I can make it on time.”

How close was it?

“His fingers were too long," Carmelo Anthony said.