New York Giants defensive end Jason Pierre-Paul seemed to be in good spirits Sunday, tweeting a joke about the Fourth of July fireworks incident which caused him to lose his right index finger.

The wacky hijinks continued in person, as Pierre-Paul attempted to fool reporters and paparazzi at a charity appearance in Florida.

A decoy was sent out to try to provide a distraction, and evidently, it worked enough to where Pierre-Paul was able to slip out the back undetected.

But it was honestly the worst decoy ever, because the man, who appeared with a jacket over his head, didn't have nearly the same build, and had the wrong hand wrapped with toilet paper to attempt to mimic the injury. 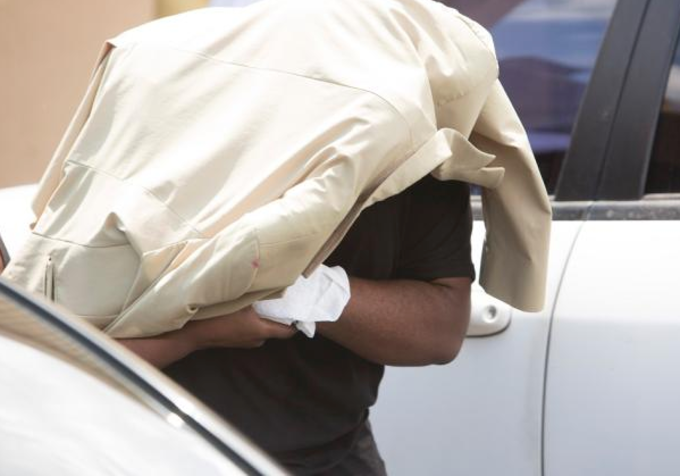 [via The New York Daily News]