The Liverpool striker filmed himself, Raheem Sterling and Jordon Ibe vibing out to the hook of Big Sean and Drake's "Blessings" after training today – with a cameo from Mario Balotelli at the end.

We already knew Daniel Sturridge was a Drake fan. 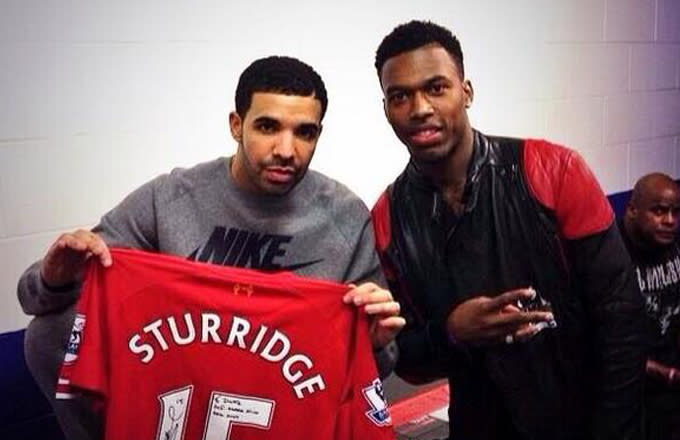 It's only a matter of time before Drake pulls out the Sturridge dance on stage.